Skip to content
Loading...
Latest news
Write An Essay: A Video Series
My Journey to the University: Thoroughly Enjoying
Do What Your Heart Desire
A Traveler’s Guide to Studying in London
Inspiring Advice On What to Study
My New Unique Experiences of University
Be Creative
Stars, Stripes, and Snubs: Global Americanism within a Fragmented ASEAN
3:27 am
My Westminster Journey
Student JourneysUncategorized 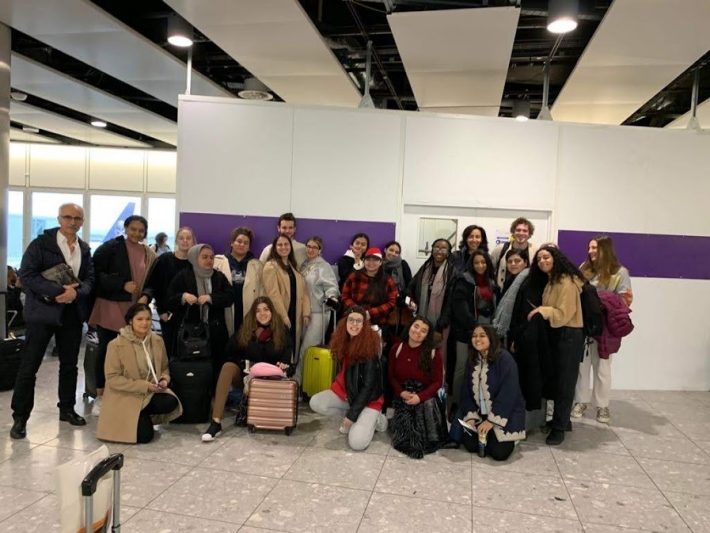 They say that a picture is worth more than a thousand words. In this series of photo essays, Mahnoor Shahid and Tasneem Fadel will be taking us on a special journey that recalls some of the instances and unique moments of their recent educational trip to Vietnam. Through their photographs, they will share a creative reflection of some of the most striking, interesting and enjoyable aspects of Vietnam’s society, culture and politics.

Vietnam, a city of culture and wonder. A city where the community is one. It is more than just a country; it is an experience. From street food merchants concocting colourful cuisines to the small markets in every street. Hanoi, the capital of Vietnam is known for its historic landscapes and rich culture with Southeast Asian, Chinese, and French impact. 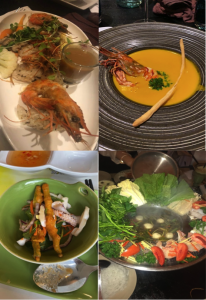 The cuisine in Hanoi, Vietnam was exotic. Combining its fragrance, taste and colour. It was very different to the food I usually eat. The food had a mixture of different flavours but was balanced between salty, sweet, spicy and sour, in order to give a sweet and salty taste but a little kick to add a burst of flavour, which made the food taste very good. As a Muslim who eats halal food, it was very difficult to find food that did not have meat. As most of the food they eat there consists of meats, such as pork, lamb, beef and chicken. Although, the adventure of trying different foods was very hard, I stuck to seafood and mostly vegetables which was amazing. I was able to taste the different spices and herbs they used on the food, which was marvellous. Moreover, I came to realise that compared to London the food was not as salty as I thought it would be, it was actually quite sweet. Even the snacks I bought like crisps it was not salty it was so sweet, but despite it being sweet and odd it was actually quite nice. Other students who were on my course and did not eat halal also found the food to be distinct and unforgettable due to the flavourings and spices they use to marinate the food in. Even though the portions were usually quite small they were also quite filling as well.

The community and people of Vietnam are very welcoming people despite not being from the country. They treated us as one of them. Random people would come up to us on the street and say hello and just make conversation with us like we were old friends. One example of this is when a couple of us went to a hairdresser and formed a connection and bond with the hairdressers that were doing our hair. They were so sweet and telling us about Vietnam and giving us ideas on what we should do and where we should go.

In line with this, it was very hard to communicate with the people of Vietnam only because English was not their first language and English is not a compulsory language they need to learn in school. So, when coming to speak to the hairdressers for example it was difficult to communicate with them and tell them what we wanted them to do to our hair. However, despite the altercations I decided that the best solution was to use Google Translate everywhere we went. Through using Google Translate it was proven to be very helpful in order to communicate and interact with the people there.

Moreover, even though we were not from the country when Vietnam won the South East Asian Cup, we all went down to the streets and were walking around celebrating with the Vietnamese people. This was such an amazing experience as the whole community came together to celebrate. This was honestly such an amazing moment to be integrated through dancing and interacting with the people of Vietnam. 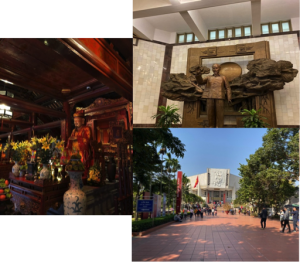 Vietnam has such a historical background that was inspired by the French, Southeast Asia and China. There were many monuments and cultural historical places we were able to explore. 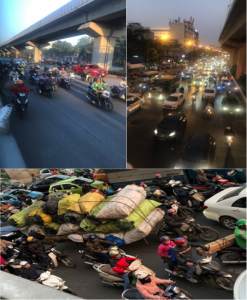 People in Vietnam mainly use motorbikes to get around as it is faster and more convenient for people to get around.

Moreover, despite having so many motorbikes, the city lacks traffic lights for citizens to cross, you have to cross in the middle of the road between the cars and motorbikes. For myself personally, this gave me a view of the life Vietnamese people have to live every day, as even though it was scary at first it was an unforgettable experience that gave me adrenaline.

Overall, Vietnam was an unforgettable, once in a lifetime experience. The people, the food, the culture, everything was so mesmerising and beautiful. It was something that many people do not get to experience in their lifetime, and I am so glad I was able to experience Vietnam with my classmates. It made us form bonds and memories with not only between us but between the Vietnamese students that took their time to show us around the city of Hanoi. It also led to us leaving a piece of us in Vietnam.

We were able to learn about and integrate with the culture and community there. Many people on the streets that we did not know would come up to us and say if they can take a picture together, which is not something you would experience in London.

The opportunity to visit Hanoi was probably one of my favourite highlights as a student, and to have this opportunity with the University was something I am so grateful for as not many Universities have these opportunities.

Not only were we able to visit the city, but we were also able to visit Ha Long Bay, where we were able to bond with each other, dance have fun and just to sit back and relax.

My Journey to the University: Thoroughly Enjoying

Write An Essay: A Video Series