Skip to content
Loading...
Latest news
A stepping stone to articulate my political ideas
Yes, to any new experience as long as you are safe
My Everyday War
My Definition so far…
My Role Models to the University of Westminster
Write An Essay: A Video Series
My Journey to the University: Thoroughly Enjoying
Do What Your Heart Desire
A Traveler’s Guide to Studying in London
Inspiring Advice On What to Study
Academic Papers 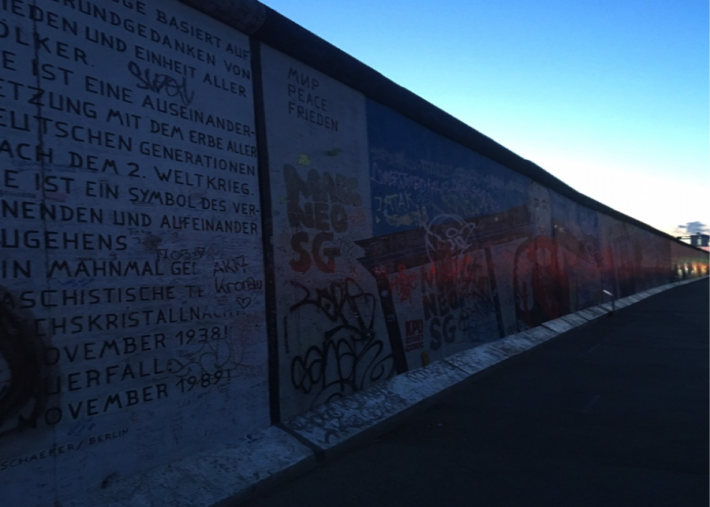 Since the fall of the Berlin Wall in 1989 and the reunification of Germany in 1990, it almost seems as though Germany unified geographically rather than politically, socially and economically. This was a product of a hasty reunification process by Helmut Kohl. The upheavals experienced by the east are felt almost 30 years after reunification and they have been left feeling like second-class citizens.

‘Exuberant early West German promises about east west equalisation, together with eastern ideological-cultural residues of socialism and resentment against income differences, have combined to turn most political issues into matters of social justice that make inter- regional relations appear to be almost a class conflict between the rich and the poor’.[1]

The reunification process saw East Germany annexed by West Germany. Everything in the west was seen to be better which meant the east adopted their ideals, economically and politically. But did annexing the German Democratic Republic (GDR) and replacing it with West Germany’s ideals have a positive impact on the east?

“As a consequence, the transfer of institutions to Eastern Germany accelerated the crisis of the German model in the unified country”.[2] Eastern Germans suffered a decade of economic turmoil after German reunification and the lasting effects are still seen. Kohl wanted wages and pensions of East Germans to be translated at the rate of two East Marks to one West Mark. Consequently, this created disparities between the two regions. The west was prosperous, and the east was in economic downfall. Therefore, thousands of eastern German companies were privatised creating an unemployment gap between east and west. 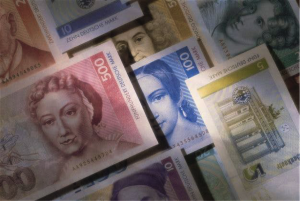 The Deutsche Mark was the official currency of West Germany between 1948 and 1990. Getty Images

Kohl assured East Germans ‘that nobody would be worse off than before and that many would be better off’.[3] However, were East Germans worse off being part of a reunified Germany? Easterners were more likely to see themselves unemployed and those who had future prospects felt they had to leave their hometowns and move westwards. It was not until 2017 when eastern employment reached a record high of 18 percent of the German employment force. This has been the highest level of employment in the east since reunification.

However, this does not fully explain why eastern Germans feel like second-class citizens. According to the Annual Report of the Federal Government on the Status of German unity 2018, 57 per cent of east Germans feel this way. Although, since reunification, eastern Germany have improved socially and economically over the last few decades, it is not enough for them to feel satisfied. ‘Eastern German incomes amount to only 85 per cent of western levels.[4] They want the gap of disparities in the two regions to close so that they can begin to feel German, not second-class citizens. Only 47 per cent of the eastern German population feel German.

The German Bundestag which is the German Parliament. DPA

‘The task of integrating two such divergent entities into a coherent whole has inevitably brought with its immense political difficulties’.[5] What is revealed by the economic problems in the eastern states is that western politicians did not recognise their struggle. Once the eastern German electorate began abandoning the traditional parties such as Die Linke, for the AfD, their internal problems were addressed. In 2017 the AfD won three constituency seats in Saxony, an eastern German state. The abandonment by politicians is shown in the Annual Report of the Federal Government on the Status of German Unity, only 38 per cent of people saw reunification as a success. The Poll Allensbach Institute saw that only 31 per cent of eastern Germans believe the democracy practised in Germany is the best form of government.[6] Eastern Germans felt as though they were put into a system that they could not grasp as the east transformed from communism to capitalist society at a rapid speed. 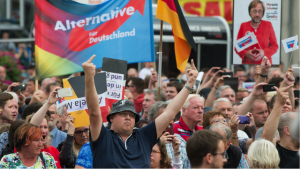 The bitterness caused by this is revealed in east German attitudes towards the refugee crisis in 2015. The German borders were opened for refugees. Everything that the east had built after reunification, left to their own devices, was now being threatened. The great fear of east Germans was that everything they worked hard for would be changed. Additionally, they felt as though refugees were being given more than they were by the western government after reunification.

The historical context of German reunification is enlightening in understanding why many eastern Germans feel like second-class citizens. The post-reunification years revealed their upheavals and how they prevailed to become a prosperous state alone. Although, with current domestic German affairs, it can be clear in understanding why eastern Germans feel the way they do. Most recently, during the refugee crisis in 2015, it was clear that eastern Germans felt some bitterness towards the German government. This is shown through elections results in 2017. AfD won most of their support in eastern Germany from their manifesto which played on the past, to when east Germans essentially lived better under the GDR than in present day Germany. This draws historical issues such as the economy to the forefront of modern eastern German opinion of feeling like second-class citizens. The far-right being brought to the forefront of German politics suggests that this second-class feeling among eastern Germans will not disappear but be heightened and it will only be diminished through political cooperation.