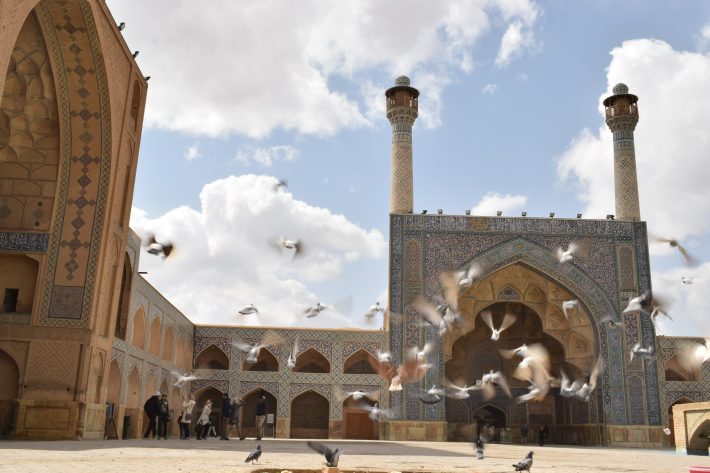 When it comes to the important events in contemporary Iranian history, most people would usually remember the 1979 revolution as the arrival of democracy in Iran. However, the struggle between the people and the government for power roots back to even longer times. In fact, the ongoing tension of Iran and western states is deeply influenced by this very issue. This article aims to briefly review the very starting points, occurred at the beginning of 20th century, regarding the dishonestly between the Iranian society and Western powers.

The dynasties within the land of Persia interacted with French, British and Russian several times, but they had a fairly cordial relationship due to the rise of Ottoman Empire. Furthermore, both sides shared the fear of the rising Turkish empire which threatened their border, reason why in many occasions the French and British empires supplied weapons to Iran to fight against the ottoman and keep them distracted in their eastern border. However, by the decline of the strength of the ottomans, the interest of the Europeans laid within the Iranian territories, Russians in the north for Caspian Sea and Brits in the south for Persian Gulf. As a consequence of this phenomenon, we can realize the reason of treaties such Turkmen chai (that gifted Caucasian lands to the Russians), and the creation of Anglo-Persian oil company or the British monopoly of tobacco industry in Iran.

The tobacco strike is considered as the first public movement of the Persian society against western influences. Since, the Qajarid kings were spending their time galivanting around the world and the economy was getting worse by day, the people tried to make an action independently and the only entity that could help them was the religious figures. On December 1891, Ayatollah Mirza Shirazi issued a fatwa, calling all Iranians to stop possessing any sort of tobacco from then on. As a result of his statement, people went to the streets and broke their shishas and pipes as a symbol of their support for the protest, despite being religious or not. Even though the mobilisation lasted for only a year, it was a huge movement as it was the first time the people showed their power to draw boundaries from foreign nations, which outlines the crucial influence of Mullahs within the Iranian society.

The constitutional movement is considered the first democratic faction that occurred in the MENA region. These series of protests aimed to halt the power of the monarchy and bring it to assembly in order to improve the living standers of the Persian society, including the basic rights of the citizens and their freedom. The Constitutional revolution, or movement as some have debated, sparked around three different events. Initially, it all started with the dissatisfaction of people from the Belgian chief of Customs and tariff entity because of extremely low income. However, the monarch ignored people’s will and trusted Nous (the chief) which raised people’s anger even more towards the injustice. Secondly, the several religious figures such ayatollah Behbahani and Tabatabaei protested the brutal punishments of baazaris, which were oppressed again by the monarch. These two events lay the foundations for the essential demonstration which involved the British. Furthermore, on 1890 all the students, religious figures and baazaris united and protested in front of the British consulate for almost three weeks, this was the first cooperation of academic sector and religious figures against the monarchs which again represents some roots for the 1979 revolution. As a consequence, the riots left the monarchs no choice but to accepts the people’s proposal to create the first Iranian parliament in 1905. The creation of the parliament was a turning point for democratization Iran, since it was an introduction in Iranian society of different parties whom represent many parities such as nationalist, liberals and socialists. On the other hand, the growth of democracy in Iran caused a fear for western nations, namely Russians, since the rising strength of Persia could cut off foreign influence in Iran, and eventually harm Russian interests in the region. Therefore, a few years after the transition of power to parliament, the tsarist took part of a conspiracy against the MPs, and with the approval of Muhammad shah, they executed all the members of the parliament and dissolved it. Consequently, with the help of the Russians Iran shifted back to absolute monarchy and peaked the anger of society against the outside influence.

To conclude, it could be argued that, even though Persia as a state has never been formally colonised, the economy functioned only in favour of western powers. Additionally, whenever the people tried to dismantle foreign influence, foreign powers interfered boosting the power of monarchy, which resulted in an increased of oppression towards the people. It is interesting to note that in all the occasions when the people challenged foreign powers, the only sector of government that supported people’s liberty was the clerics, which could explain their crucial and powerful role in the current regime of Iran.