Skip to content
Loading...
Latest news
Iran: the initial start of deception between western powers
Could the recent alleged coup in Bolivia be another attempt to overthrow a socialist leader?
Student Journey: First semester as part of Westminster and DEN
Student Journey: Why DEN?
STUDENTS4REFUGEES and Hopetowns
Difference Festival- From the eyes of a student
Democratic Education Network: Building A Bridge Between University, Schools and Communities
Difference Festival
Democratic Education Network in Hopetowns
DEN Conference 2019-Global Crossroads: Rethinking Dominant Order(s) in our Contested World
Academic Papers 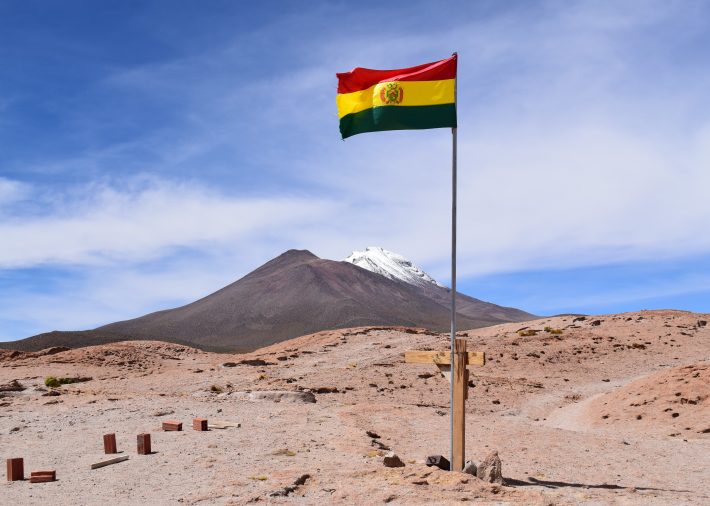 President Evo Morales, the second indigenous president of Bolivia since the first in 1829, in his 2006 inauguration stated that this new system will incorporate the Andean revolution, Simon’s Bolivar nationalism and Che Guevara’s socialism.[1] This came about after a negative response to the former neo-liberal economic policies of the previous government. In 2003, an insurrection and demonstrations against the privatisation of natural gas (one of Bolivia’s main exports) and the rise in the cost of water proved the president at the time, Sanchez de Lozada to resign. Following that, his successor Carlos Mesa was ousted six months later after several uprisings. This paved the way for Morales’ election, in which his party Movement for Socialism (MAS) had gained enough political legitimacy to ensure a peaceful takeover. His agenda primarily involved four things: to nationalize Bolivia’s natural gas; “re-found” Bolivia by creating a new constituency assembly for social movements heavily involving indigenous peoples; execute several agrarian reforms particularly in the coca leaf industry sector; and decolonize Bolivia by resisting the United States’ neoliberalism and imperialistic capitalism[2] which the party believes to be exploitation. The president Morales removed the US ambassador and the U.S. Drug Enforcement Agency for apparently having intervened in internal affairs[3] in which the U.S.A’s Department of State said that this expulsion “strained the bilateral relationship”[4] between the two countries.

Since the president took office in 2006, he more than halved poverty [5] and the country’s economy has risen 4.9% per year[6]. This allowed Morales to become quite popular amongst the people. However, doubt arose when he held a failed referendum in 2016 that would allow him to run for a third term under the two-term limit imposed by the 2009 constitution. He overturned the vote claiming the term limit to violate certain “human rights”[7]. And so, he was allowed to present himself in the 2019 general election on the 20th of October. A 24-hour delay in the vote sparked controversy in the nation that saw a “drastic and hard-to-explain change in the trend”[8], which appointed Evo Morales as president for a fourth term. The Organization of American States (OAS) “found the tally sheets showed a higher number of votes than voters on the voter registration lists.”[9]

His supporters, trade unionists and the opposition party took to the streets for what they perceived a violation of democracy. Electoral fraud would rightfully be considered a violation, but organisations such as the Center for Economic and Policy Research have challenged the OAS findings claiming the ‘irregularities’ they’ve uncovered to be explainable. Regardless of that, Morales’ attempt to run for a fourth term – which goes against the constitution written by his administration – sparked skepticism amongst the Bolivian people that he might interfere with the elections. Soon after the election, popular protests exploded and in response the president had called for new elections but before setting a date he had fled the country. Morales claims he was forced to resign following a ‘right-wing coup’[10]. This claim has been supported by Mexico, Uruguay, Venezuela and Cuba. Although, Jim Shultz, executive director of the Democracy Center in Bolivia said “ it’s really misleading to call it a coup,” [11] in recalling the events that occurred before the 10th of November, when the President resigned.

There is uncertainty in what to call these events of what seems to be a power grab by Morales’ opposition party, because there was already instability due to popular social unrest caused by serious allegations against Morales for voter fraud. The person meant to hold a new election in the next 82 days – a time limit set by Bolivia’s constitution, is the self proclaimed conservative interim president Jeanine Áñez. Many fear that her questioned legitimacy and ideological divergence of the still very popular socialism in the country will further polarise the nation.[12] This has continued to manifest itself through further civil unrest. Áñez granted immunity from prosecution of military personnel for “participating in operations to reestablish internal order”. Security forces then opened fire on Morales’ supporters killing 9 and injuring 122 protesters.[13]

Despite this, the United States has rapidly welcomed and backed the interim president. Whilst other countries such as the United Kingdom, France and Russia have recognized Ms. Áñez as the interim president and are urging her to conduct a new election. The United States’ backing of this new president does raise relevant skepticism. The US has a history of backing right-wing coups against democratically elected socialist leaders in Latin America such as the overthrowing of: President Isabel Perón in the 1976 Argentine coup d’état; Brazilian president João Goulart in 1964; Chilean President Salvador Allende in 1973; El Salvodarian President Gen. Carlos Humberto Romero in 1979; Guatemalan President Jacobo Árbenz in 1954; Panamanian president Manuel Noreiga in 1989 and a couple more CIA-backed coup d’etats in the region. Recent accusations of a US intervention in the politics of Latin America is the recent failed coup of Venezuelan president Nicolas Maduro and arguably the overthrowing of president Evo Morales of Bolivia. Morales’ insistence on national sovereignty might have provoked yet another US-backed insurgence in a Latin American country[14], but as of now the US Government has not claimed any responsibility. Many are skeptical of the US Government’s quick recognition of the interim president, Morales’ in response is calling on the United Nations envoy “to be a mediator”[15]. We will look forward to the next election in hopes that the Bolivian people can enjoy democracy once again.

[8] Graham-Harrison, E. and Collyns, D. (2019). Is it a coup or a return to democracy? Battle for Bolivia’s soul rages. [online] the Guardian. Available at: https://www.theguardian.com/world/2019/nov/17/bolivia-more-volatile-than-ever-as-president-flees-and-leaders-denounce-a-coup [Accessed 17 Nov. 2019].