Skip to content
Loading...
Latest news
My Experience of Living and Studying During Covid-19
Authoritarian governments and COVID-19
7 things I have learnt during my time in lockdwon
Being far from home during the pandemic
My Education Journey from Tbilisi to London During Coronavirus
Let Lockdown and curfews be a lesson into the lives of Palestinians
Covid-19: A game changer in the US election
What is black history month and why does it matter?
Romania, Covid-19 and the post-Westminster “Good Life”.
What is Black History Month?
Academic PapersGlobal Challenges 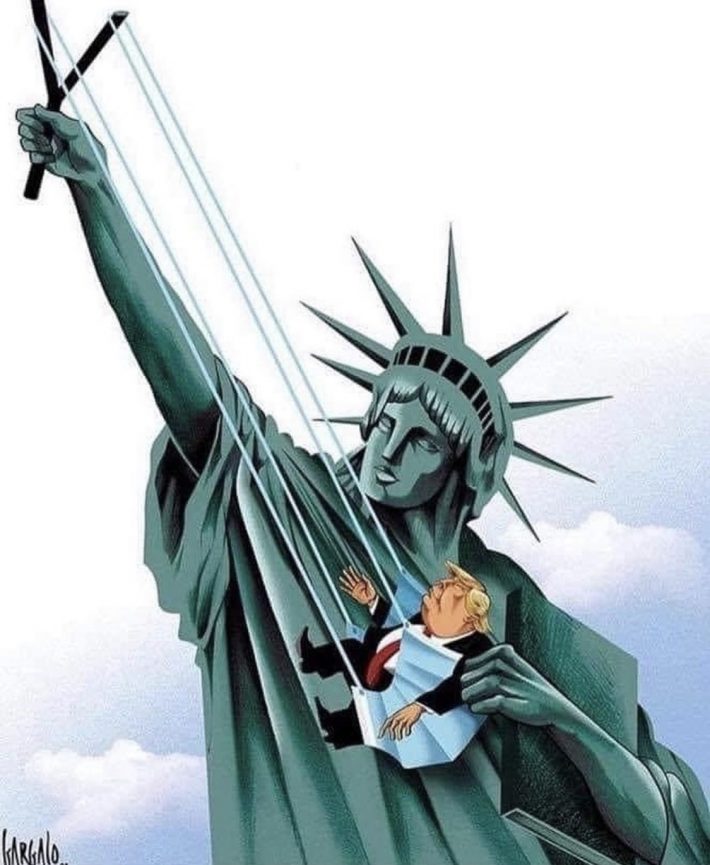 Despite a controversial Presidency which resembled a juicy reality TV show full of misogyny, racism and drama, President Donald Trump was very likely to become the most powerful man in the world for a second time. Not even his impeachment ruined his chances at a second term in the White House, and he still managed to rake up 71 million of the popular votes.

Although the available data is still limited, according to The Guardian, this year, voter demographics seem to look fairly similar to 2016. 57% of the white votes were cast in favour of Trump, even more, white women came out to vote for him this time around, despite projections of the opposite, and he gained a wave of support from Cuban and Venezuelan Americans.

However, a substantially higher number of people came out to vote in favour of Democratic nominees Joe Biden and Kamala Harris, making history for multiple reasons. The President-elect collected more popular votes than any Presidential candidate in American history just one day into the election process with 74.5 million (and counting) votes, and with an Afro-Indo-American woman on the ticket as Vice President. Biden and Harris also turned many ruby red States blue this year, including Philadelphia, Arizona and Georgia. This not only represents a huge win for the Democratic party, but also for the minorities and young people in those States.

After days of suspense, Joe Biden was named as the victor at 11:30 am on the 7th November 2020 by major news outlets including CNN and Fox news. This election has been described as a very tight one with most states being ‘‘too close to call’’ when the ballot count was still under 98%.

But what propelled Joe Biden to victory?

President Donald Trump is said to have lost this election due to his irresponsible approach to the Covid-19 pandemic. He constantly sought to minimise the gravity of the situation, calling it a “Hoax” and “fake news” invented by the media and Democrats as a ploy to get him out of office.

The Centre for Disease Control and Prevention had a significantly difficult time developing and organising testing strategies which caused severe delays. This was partly due to the administration’s ignorance in regards to how the virus would develop over the first few weeks, they were expecting it to disappear after 15 days like a “miracle”. The President and the key advisor on Covid-19 were also firmly against testing and called for testing to be slowed down.

Furthermore, the White House failed to provide enough protective gear to hospitals, schools, and the population in general. It is also hard to forget the dangerous lies and advice spread by Trump and members of his administration. For instance, he suggested that doctors injected bleach or disinfectant into patients to ‘clean’ the virus out of the body in front of the entire population, while members of his team constantly repeated that masks were useless and made people even more likely to contract the disease – which was, and is, an outright lie. Trump’s administration made so many dangerous policy mistakes which have gained the US its title of the most affected country in the world by Covid-19.

Unfortunately for him, Covid-19 is very much real and his supporters were not spared by the deadly disease. Many Trumpies who were affected or work in the medical sector were disappointed with the way their President handled things, which encouraged them to vote blue.

As of today, there are over 10 million recorded coronavirus cases across the US and nearly 250,000 deaths at around 1000 per day. Many low and medium-income citizens suffered greatly from the pandemics economic fallout. The internet has seen hundreds of testimonials from suffering Americans who could no longer pay their mortgages, student loans, debts, rent or feed their children. Regardless of the countless deaths and grieving families, the President carried out his re-election campaign in a ‘business as usual’ fashion. He hosted numerous rallies where social distancing measures and precautions were overlooked. A University of Stanford study has linked 700 Covid-19 deaths to Trump rallies. It was also found that rallies were often followed by a spike in Covid cases in the host area.

Unlike President Trump, Joe Biden’s campaign prioritised electors and his team’s safety. He and Kamala Harris conducted online and drive in rallies to respect social distancing. Throughout his campaign and even during his winning speech on Saturday night, everyone made sure to show the public that they were acting responsibly by limiting physical contact and wearing masks when around each other. He has laid out a clear hands-on and comprehensive strategy against Coronavirus and the economic fallout it has caused. He has promised another huge stimulus package, a mask mandate in all states, the creation of a “U.S Public Health Jobs Corps” to employ at least 100,000 unemployed Americans to fight the pandemic and $25 billion to fund more research and ensure the equal distribution of testing and vaccines, amongst many more policies. Despite not being in office yet, he has already set up a team dedicated to the health crisis in order to have a policy ready to install on the first day of his mandate. The Biden-Harris response to the pandemic has been vital for them and without it, they would surely have been 5 million votes short of their seat in the White House.