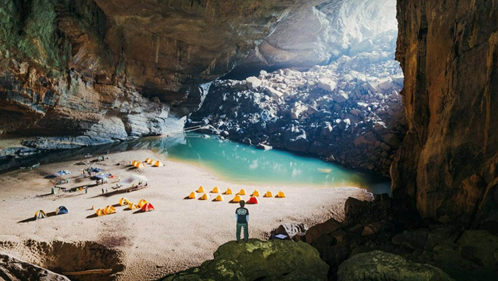 Before this module, I knew very little about Vietnam.  I did not know what to expect, but after reading a few articles and books, I started learning about this beautiful country. I learnt about its cuisine, economic structure, social development, beautiful nature, and traditions. I now would like to visit the place and see everything with my own eyes. I have always wanted the practical part of every class. I am not a fan of studying textbooks, but while reading material about Vietnam, it was exciting and, it made me want to walk the streets, bargain with the shopkeepers, and try the world-famous Vietnamese street food.

When I was in secondary school learning about Vietnam, we only studied the Vietnam war. At that time, I had no idea that Vietnamese culture was so colourful. It was only during this module that I learnt about the ‘Doi Moi’. This is a socialist based market economy launched in 1986. The word itself means “innovation” or “renovate”. What is disturbing for me is that in my secondary school we have only learnt about the Vietnam war because of the USA’s involvement, Doi Moi was not even mentioned.  Now I know that Doi Moi has changed the course of the economy in Vietnam without a doubt. In 1975, the Vietnamese economy faced enormous difficulties. With the introduction of Doi Moi in 1980s the economy of Vietnam has grown every year. Between 2002 and 2018, GDP per capita increased by 2.7 times, reaching over US$2,700 in 2019, and more than 45 million people were lifted out of poverty.

What I found interesting is that Vietnam is the world largest cashew nuts, producer. It produces 55% of the global supply making around 2 billion dollars a year. Vietnam is also producing a third of the worlds black pepper production; this industry has grown to be worth billions of dollars each year. Vietnam is home to the world’s largest cave, the Hang Son Doong. Stretching over three miles, Hang Son Doong is a natural marvel. It is wide enough to fly a Boeing 747 through, and many of the cave’s chambers are large enough to house an entire block of New York City skyscrapers. Another tourist attraction that I found interesting is the price to get a tailor-made outfit. It is one of the cheapest countries in the world to get a tailor-made outfit. In the coastal city of Hoi An, you can get a bespoke suit or dress made for well under $100.

Finally, I am incredibly excited to meet new people, to hear their stories. I hope to travel around Vietnam, learn closely about Vietnamese traditions, see their economy and infrastructure, try as much street food as possible and get a once in a lifetime opportunity to get a bespoke suit with 1800 years of tradition passed on by every generation.