Skip to content
Loading...
Latest news
Participating in the virtual field trip to Vietnam as a Human Nutrition student
Triumphant Curtain-Call For DEN’s Virtual Field Trip To Vietnam
Embrace, Connect and Share Multiculturalism at Westminster
Global Governance During Unprecedented Global Challenges
INTERNATIONAL WOMEN’S DAY: THE RADICAL CHALLENGE ECHOING IN A GREENER TOMORROW
Solving seemingly unsolvable problems
The aftermath of COVID-19 and its impact on earth
End of Europe at Europe’s end? The Russo-Ukrainian conflict at a glance.
A stepping stone to articulate my political ideas
Yes, to any new experience as long as you are safe
Student JourneysUncategorized 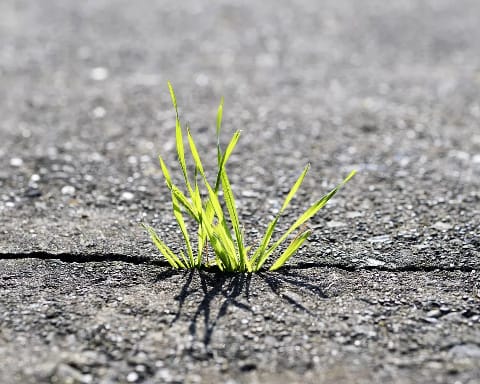 I laid there on that gurney, expelling the putrid remains of depression wine I was too young to buy and co-codamol I was too old to overdose on before a younger nurse took pity on me and administered an anti-nausea drip. As I lay in my despair, I hear the conversation of the patient on the left side of the curtain and the doctor attempting to decipher what the matter is with this life-loving soul.

As time passes by, hateful stare after uncaring glance pass by the open door of my makeshift cubicle as if they wish to throttle me for trying to throw my life away when they must deal with the consequences. A name I no longer used was printed on the tag attached to my wrist and I was carted off to sleep in a room of sinister geriatric patients of a gender I didn’t belong to. Although that day these medical professionals snatched me from death, the treatment I was given – not the medicines, but the lack of understanding and the careless discrimination – was the root cause of my ailment.

Years later; I find myself an adult, able to purchase depression wine legally (although I still can’t stomach white), and still the draftee of a social war declared upon my people by the elite, self-victimised ‘intellectuals’, and troglodyte commoners, all of whom would wish I had succeeded all those years ago.

I awake in the embrace of my boyfriend – a fellow draftee – and as I do whenever I have the energy, attempt to wash away the trauma of years past and ongoing in a shower which alternates between far too hot and far too cold. I brush my teeth, take the lifesaving medicine which I fought like hell to be prescribed against the wishes of countless GPs, equip an outfit of either limitless self-expression or reluctant compromise, apply war paint as if to laugh in the face of the everyday stares, and take a moment to appreciate my Student ID. Although just a piece of plastic, it is adorned by my name – not a name given to me, but MY name – and when you and I are long dead and gone, it will still exist to affirm who I really was.

I browse through Reddit and then the BBC on my phone yet the posts feel the same: Feel-good article, a bombing a world away, a story of success, an ignorant and objectively flawed opinion piece authored by someone who accuses my peers of mass rape and false intentions, (mere days later, said author is exposed for committing several sexual assaults to which she confesses, blames the victims, and creates a manifesto calling for our lynching).

I travel by train, avoiding the hateful stares of the man on the London Underground and the concerned glances of an orthodox parent. I alight at Oxford Circus Station, weaving around tourists and commuters, my ears perking up at the word ‘faggot’ stated by a passing coward while an officer of the law looks on.

I arrive at my university around 20 minutes late as usual and read law in halls paid for in generations past by men in a time where my existence was illegal. Later, I catch up with my friends and hear stories of good times, troubles at home, plans for the future and tutors who while teaching, expressed disdain for those like me. I catch a glance of someone who I believe to be one of my sisters in this war. I smile, they don’t smile back, and I don’t blame them. I go to the women’s room and use my privilege to pee in the correct room. I wash my hands, catch a glimpse of myself in the mirror and contemplate doing all this again tomorrow. Another woman washes her hands next to mine, looks at me, and gives a reassuring smile. Maybe all this is worth it.

My name is Elizabeth. I am a woman. I am transgender. When I die, whether it’s long in the future in the wrinkled arms of my love, or tomorrow at the end of a TERFs knife, my toe-tag will have the right name on it.