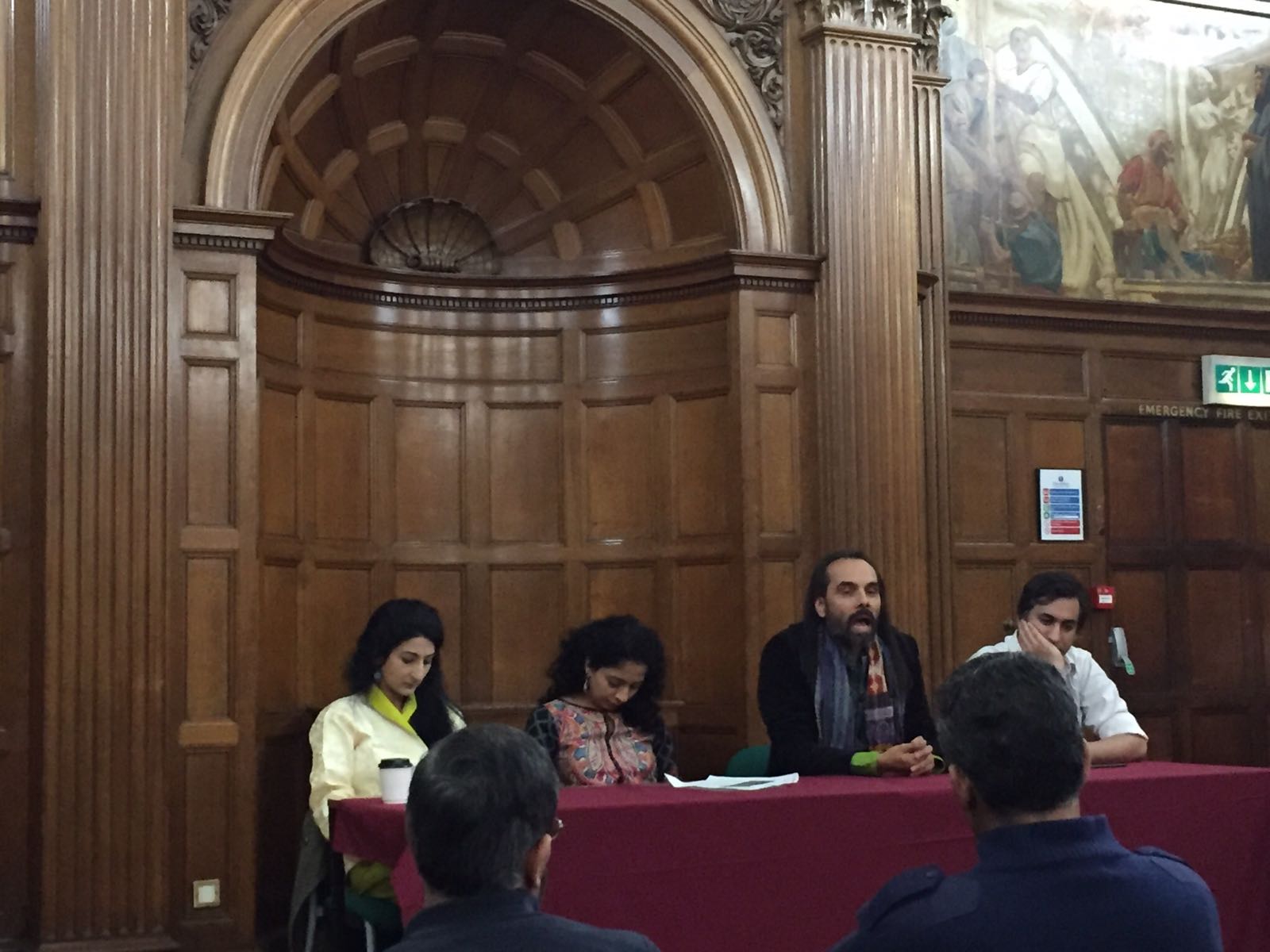 Diwali, also called festival of lights, is a popular Hindu festival celebrated with much enthusiasm and, rather unfortunately for the environment, a lot of fireworks. An atmosphere of extravagant excitement, obnoxious amounts of sweets, loud and bright firecrackers is present at sites of celebration. Spending my first Diwali outside India, I might have missed all the buzz of the festival but the seminar organized by the Department of Politics and International Relations on ‘’Politics of Extremism and Violence in India and Pakistan’’ more than made up for it!

Pakistan and India put together in any sentence is bound to generate controversy, questions and assumptions. Relations between the two South Asian countries have remained a favourite topic with international media and their constant status of being on the brink of war and border skirmishes have only politicized the issue more. The purpose of the seminar here was not to pit both the countries against each other in any way, but to delve into the causes and rise of extremism and violence. Extremism has been a problem in Pakistan since it was exploited by global powers for their personal interests and while it has regularly surfaced in India, religious extremism is currently at the heart of Indian politics and government. The seminar was an attempt to deconstruct the phenomenon of extremism in the subcontinent and also analyse possible methods of resistance.

The guest speaker, Dr Taimur Rahman is an Associate Professor in Political Science at Lahore University of Management Sciences. The professor is also a lead singer for the band, Taal that campaigns against religious extremism and uses music to promote the rights of workers. Beginning the seminar with speaking about extremism in Pakistan, he focused on how extremism in Pakistan is more political rather than religious. Taking a constructivist approach towards understanding the present state of extremism, he briefly outlined the history of Pakistan with a special focus on US intervention in the state and its impact. A Marxist by ideology, he also emphasised on the class struggle in Pakistan and how the ever-widening gap between the rich and the poor contributed to citizens being pushed towards extremism. The use of Islam as a political weapon by political leaders was also discussed, including the US creating extremists in Pakistan to tackle Afghanis, funded by Britain and France. The influence of the military in the state contributed to continuation of the jihadist structures. He ended by talking of the current period as ‘post-fascist’ – where fascism exists simultaneously with progressive liberal democracies.

Dr Dibyesh Anand, head of the Department of Politics and International Relations at University of Westminster talked about extremism in Hinduism, an issue that is a life-threatening ailment to India presently. Raising the important question of ‘Is Fascism confined only to minorities?’, Dibyesh provided evidence as to how the current extremist tendencies were being observed not in an isolated minority rather the overwhelming majority with ruling power. Tracing the history of Hindu fascism, he built up on how the Hindu majority had built up the image of the ‘enemy’ as ‘Muslim, Christian, Communists, Western media’ which now focused only on ‘Muslims and secularists’. Analysing the discourse of insecurity practised by the Hindu extremists, he defined Hindu nationalism. Scrutinising the trend of post-colonial states unable to accept multi-national identities, he talked about how the forceful imposition of Hindutva ideology was an attempt to erase all other identities remaining in the territory. The phrase ‘Unity in diversity’, commonly applied by the Indian state was more to only display and use ‘unity’, effectively discarding diversity.

Dr Nitasha Kaul is a novelist, poet, economist, artist and a senior lecturer at the University of Westminster. Beginning with defining violence and understanding it’s symbolic importance, she went on the further decipher acts of Hindu extremism cloaked under the easily sellable concept of Hindu nationalism. Putting together an extensive list of absolutely horrifying list of acts by the ruling government such as engineering of elections, targeting and murder of journalists critical of the government, rewriting of History, demand of a purely ‘Hindu’ nation as opposed to a secular country, Nitasha introduced the audience to current activities of extremists in India. Nitasha also paralleled the rise of right wing ideology in a global context with a special emphasis on how these beliefs were propagated by misogynist, patriarchal men. The problems with a certain kind of hyper masculine nationalism were highlighted and how power is often seen as the ability to commit violence. The role of technology, specifically social media was also discussed.

The speakers also came up with methods of resistance and importance of educational institutions in combating extremism. Nitasha gave examples of universities in India transforming into important and effective spaces of dissent. Problems and failure of the Left to combat extremism in both India and Pakistan were also brought up. The students and speakers engaged in an interactive session discussing theories, questioning events juxtaposed in a global context. The discussion ended on a positive note with all the speakers focusing on the importance of seminars and academics bringing controversial issues to the forefront in order to understand them and possibly think of imaginative solutions to them whilst encouraging the students to continue participating, thinking, researching, talking and resisting.