Skip to content
Loading...
Latest news
A stepping stone to articulate my political ideas
Yes, to any new experience as long as you are safe
My Everyday War
My Definition so far…
My Role Models to the University of Westminster
Write An Essay: A Video Series
My Journey to the University: Thoroughly Enjoying
Do What Your Heart Desire
A Traveler’s Guide to Studying in London
Inspiring Advice On What to Study
DENGlobal 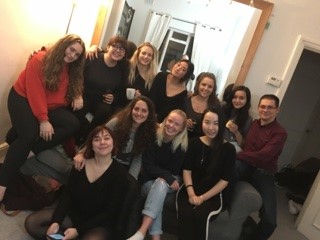 -A Project in the Democratic Education Network

The Misunderstood Campaign is a project aiming to depolarise the narratives of migration here in the United Kingdom. Migration and identity are emotionally divided topics and define most of politics today across the world. Most people have a strong opinion about migration- they are typically either strongly for or against it – and there is rarely ever a gray zone in- between. This becomes dangerous and counterproductive, as people begin to demonize each other, and solutions about how to integrate migrants and refugees become almost non-existent. The aim of “The Misunderstood Campaign” is to create that gray zone, a place in which people could empathize with one another, and create a discussion that feels more inclusive and productive in solving the issues of migration- while simultaneously highlighting the misconceptions between each other.

We are beginning the campaign by launching a social media platform with the #Misunderstood, encouraging people from different social, political and cultural backgrounds to engage with how they feel personally misunderstood by others. Once the online campaign gains enough attention, we will be launching a series of events that encourage dialogue among different members in society who don’t usually speak to each other.

Our campaign will be powered by Tribeless, a conversation facilitation toolkit that creates safe conversation spaces promoting empathy and human connection. Tribeless is a global movement founded by Gwen Yi, who is based in Malaysia. Her work has been mentioned by the Nobel Peace Prize Convention. The toolkit has been proven to be extremely effective in any social situation where conflict usually arises – tested on 80+ different nationalities across 5 different continents.

Why Are We Doing This?

As students and alumni from the University of Westminster all coming from a Political or International Relations background, we see very clearly that the world is becoming more polarised due to the fact that migration is being leveraged as a divisive narrative. As we all come from different cultures and careers, we felt that our joined forces of passion and experience could create something absolutely unique and productive. 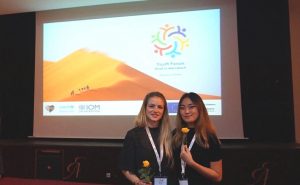