Skip to content
Loading...
Latest news
Vietnam’s remarkable efforts in fighting against COVID-19
Vietnam,a small super hero successfully fights against Covid-19- a magical or sensible act?
Patience and Hope: My Journey from Mumbai to Delhi During Global Pandemic
What has been the Red Cross response to the pandemic of COVID-19 in Iceland?
Covid-19 or how I learned to stop worrying and love my lockdown
The Future Will Become a Reflection of the Period
The kafala, migrant workers and Covid-19 in the Middle East
Experiences of the Covid-19 period for refugees and asylum seekers
Mental health during a pandemic
Worrying while working
Covid-19 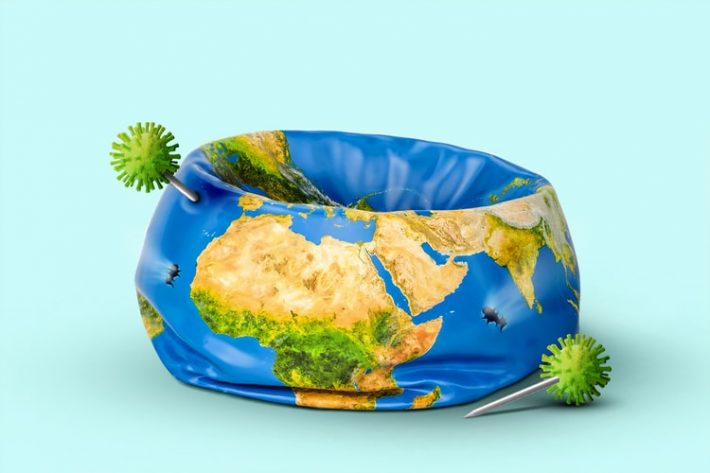 The recent pandemic (Covid-19) has impacted education systems in universities around the world. The impact has been dramatic for institutions, academics, and students looking for workable short term solutions for online teaching and learning. The unique challenge facing higher education encouraged DEN to look for opportunities to stay in contact with students using online facilities.  Through the academic initiative, we invited students to meet and organise feasible and appropriate projects at this time. Using Inside Westminster we have agreed that students will write an article and or provide a 5 minutes video of their reflection and experience of Covid-19.  We have encouraged students from all over the world to express their stories and share them with each other, hoping that this would provide a channel not only to learn but also to engage with each other. Hence, the following articles in this section are students’ reflections/experiences of Covid-19.

The kafala system is a sponsorship system formed in the 1950s in order to manage the migrants and employers mainly amongst the Persian Gulf Countries (PGC) such as Bahrain, Kuwait, Oman, Qatar, Saudi Arabia and the United Arab Emirates (UAE), and also Jordan and Lebanon. It is used as a way to legally bind a worker to their employer as a way to obtain legal immigration status, however, in some cases, it has been proven difficult for workers who suffer inhumane treatment and abuse to leave their employers or even leave the country due to the restrictions imposed by the contract they sign with their employer.

Migrant workers are tied to the employers as they are sponsors that allow them to enter the country and during their stay. This includes the confiscation of their passport during the time that they stay in the country despite this being illegal. Hence, the workers become completely dependent on their employers if they wish to leave the country. ILO has reported, for example, that many household employers find that preventing domestic workers from leaving employment, or refusing day off, or even confiscating travel documents are their ways of protecting their household against “financial loss” e.g. recruitment fees that have already been paid. Bigger corporates have also been accused of doing the same practices such as “charging of recruitment fees, or where employers fail to renew workers’ visas and keep passports, restrict workers’ freedom of movement” according to Basic Human Rights and Resource Centre.

With the impact of the global pandemic, many migrant workers are left stranded due to the decline in economic and business activity caused by Covid-19. The increased measurements of states to prevent further Covid-19 cases such as businesses shutting down, but with over 23 million migrant labour across the Gulf Countries PGC according to the International Labour Organization, there is an enormous concern for the welfare and safety of these workers, particularly to those who have been made redundant by companies. A number of migrant workers are now being forcibly evicted out of their homes as they are unable to pay their rent. This is detrimental for many workers that have little or no protection as there are not part of the labour laws imposed across the Gulf countries.

Many of the workers come from “poorer countries” such as Bangladesh, India, Pakistan, Philippines to name a few, where nationals from these countries are enticed by the work opportunities in another country, in order to support their families, especially with how easy it is to obtain a work visa in the Middle East. According to ILO, many workers do not want to pass the opportunity to gain work and “migrant workers contribute substantially to the development of their destination countries and send vital remittances to their families and communities”. Most migrant workers are often “low-skilled” such as hospitality, domestic and construction workers.

Many contracted workers live in inadequate conditions, e.g. some live in dormitory style labor camps, who also have to endure backbreaking labour as can be seen in the construction of the Qatar Olympic Stadium in which around 12,000 workers have died since 2010 according to International Trades Union Confederation (ITUC). A recent report by Business and Human Rights Resource Centre concluded that a covid-19 outbreak in the labour camp for construction workers in Qatar has resulted in a lockdown where it has been claimed to be a “virtual prison” due to the neglect from the government and the lack of provision of essentially sanitation, support and and information regarding the outbreak. There is a concern for the lack of welfare given to the workers as they are in a confined space, crucial in spreading the virus. Another example from a migrant worker named Hassan interviewed by Qantara. Hassan who is from Bangladesh currently working and living in Riyadh, Saudi Arabia shows the dire conditions he and other workers are facing. He is sharing a one bedroom flat with other 11 people, where the kitchen, bathroom and other amenities are shared which highly increases the chance of passing the virus.

In the interview, Hassan mentions “I don’t have any symptoms as such – sometimes I feel like I have a sore-throat at night but then I think my brain is tricking me,” and one week later he tested positive as he says “What I am more worried about is money”. Cases like Hassan is not uncommon, and the reality of the lives of these workers is that their needs are not prioritized by the government or even the companies that they work for and many domestic workers that work in households are also in a difficult position due to the lack of protection by the law.

Migrant workers also worry about what lies ahead after the covid-19. Many feel scared of the uncertainty of the future, with many workers unsure if they can resume work or if they will be furloughed or offered payments while in quarantine. With the current system in place, there is little priority given to many migrants, and many are stranded that want to get back to their home countries, but also worried about what the future holds as their livelihood is at stake.

According to my research, migrant workers support development in their own country through remittance (transfer of money back home). According to India, Philippines and Turkey receive large flows in both data sets, $ 9.2 billion, $ 6.2 billion and $ 4.6 billion (not just from middle East), which demonstrates the vast number of remittances from emigration. The Impacts of Remittances on Developing Countries Study have shown that remittances have a potential positive impact on the national economies of the workers own country. Some scholars have argued that remittances can be good if the economic market in the country is underdeveloped.

According to the IZA world of labour, remittances can both have a good and bad effect on developing countries. Amongst the positive, they argue that “remittances can facilitate the accumulation of human capital by making possible improved sanitary conditions, healthier life styles, proper healthcare, and greater educational attainment. Remittances can ease the credit constraints of unbanked households in poor rural areas, facilitate asset accumulation and business investments, promote financial literacy, and reduce poverty”.

Nevertheless, it can be argued that it  decreases the labour supply and creates a culture of dependency that prevents economic growth from within the developing country. “Remittances can be curtailed, along with international migration, by escalating anti immigrant sentiment and tougher enforcement practices in host countries, including the US and many in Europe and the Gulf region.”