Skip to content
Loading...
Latest news
Write An Essay: A Video Series
My Journey to the University: Thoroughly Enjoying
Do What Your Heart Desire
A Traveler’s Guide to Studying in London
Inspiring Advice On What to Study
My New Unique Experiences of University
Be Creative
Stars, Stripes, and Snubs: Global Americanism within a Fragmented ASEAN
3:27 am
My Westminster Journey
Student Journeys 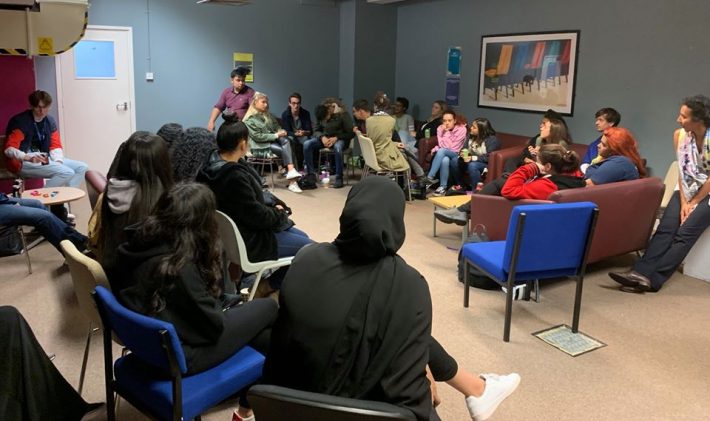 My name is Dmitrijs and I am a third year International Relations student of University of Westminster, and a part of DEN since 2017. I was introduced to the Democratic Education Network by my seminar leader and one of the most influential and recognised people across the University of Westminster – Farhang Morady. As one of my main projects within DEN I have decided to focus and concentrate on annual book publishing, also known as the academic journal and annual international conference. Initially I took it just for the reason of developing my editing skills and acknowledging the dissertation-styled essays. However, I was not expecting to adopt experience of other members and create a synthesis with DEN but eventually DEN became one of the main aspects of my university life that will leave a trace on my future.

I believe, the most important part is to understand what is exactly “DEN”. First of all the “DEN” is the abbreviation for the Democratic Education Network – a group of people that were originally created under one of the societies of University of Westminster , yet coming to the consensus that limiting themselves within horizons of one university or even London is too small and narrow for them . As a result, DEN escaped any initial horizons that was the limit and factually became a network. Network of people across the University of Westminster, ex-students – alumni, lecturers from other universities and international members that are annually visiting DEN during the May conference. It is important to remember that DEN is not focused around one persona or a single group but instead we are free to open up any kind of project and to anyone, thus DEN is not a community, nor the society – it’s a platform for our own development.

Even though DEN has several projects, including the Student for Refugees and its own DEN magazine – I chose to participate at the book publishing. Speaking honestly, my choice was rather pragmatic than based on the idea of contributing towards this group. I thought that participating in the book editing would allow me to develop my own critical thinking towards my essays, however even though I have developed that skill, later on, I saw an opportunity to bring on more than simply consume. As a result, I started participating in every meeting, started sharing my own ideas and eventually, at the beginning of the third year of university – I started sharing a leadership amongst the other third year students. We felt like we are not just able to help the beginners within book editing, but rather leave some sort of a legacy after us, continue the path of publishing an annual book – we became a literal continuation of what was passed to us by previous third year students last year. As a result, I believe that democracy is not just another term that is used within a name of DEN but rather a way of working and cooperating with others, we don’t have any specific leaders or so, but we are open to everyone and anything – a true imposed Democracy.

It is very important to mention another aspect of the book editing, perhaps – the main source for the content of our book – annual conference. Something unique and something that really makes the DEN truly international. Every single aspect of this conference must be thoroughly thought of, as a result, in order to gather participants from across the world – it takes a lot of teamwork and will to do so. For example, last year, in order to attract students from Thailand, Georgia and Uzbekistan, our team had to split roles and responsibility between each other – we formed groups that were in control of academic coordination, promotion or of the financial planning of the conference

So, as a result of my DEN participation, I believe that cohabitation and mutual relations between me and such network have allowed me to develop myself directly and yet to continue the legacy of DEN networking amongst every each of us.

My Journey to the University: Thoroughly Enjoying

Write An Essay: A Video Series