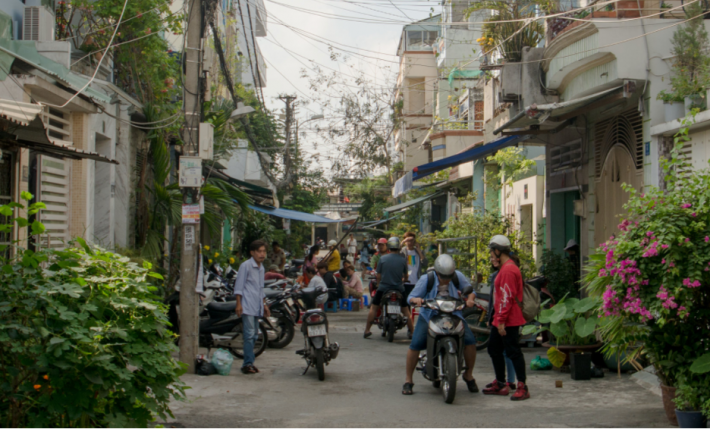 While I admit, my knowledge of Vietnam is rather limited. I hope to find the opportunity to learn extensively about the country and hopefully, one day visit Vietnam to apply the knowledge I have into practical use. I believe you cannot fully understand a country and its people’s without seeing it for yourself.

Since writing this blog post, I have attended two meetings where we respectively discuss each other’s blog posts while also having the opportunity to ask questions to students and other people of interest who study or are academics in Vietnam. Using this platform, while not ideal due to Covid-19 and the pandemic, it has provided the perfect topic which affects us all, therefore, we can all discuss on the ways in which both the UK and Vietnam have differed in their handling of the pandemic. In contrast, the UK currently is opening up to normality even when coronavirus cases are in the thousands compared to Vietnam, yet Vietnam has approached the pandemic with much greater caution, and this reflects the public’s actions when it comes to protecting each other from circulating the virus – this was apparent in our guest speaker from Hanoi University and her storytelling of her neighbour calling the police just to make sure she was okay. Maybe their approach has been taken much more seriously by its government and the people of Vietnam because of their experience with outbreaks such as SARS-CoV in the early 2000’s?

While this is not to say that the UK has not taken the pandemic seriously and that there is no communal effort to look out for one another, it does show us the contrasting differences between the ways we, not only as a political player globally, but as a public and our ways of life coincide with dealing with the disruptions of Covid-19. For instance, the mandatory use of masks in shops in the UK was a controversy which stirred up enough publicity to make it onto mainstream news outlets, yet in Vietnam, it would be outrageous to consider this a controversial issue. How does something like that create such a different reaction in two different countries? It is a question that I would like to know myself, but certainly the differences stem from our history. The UK being a western colonial power, and Vietnam being a developing post-colonial state of France. Vietnam not long being granted its independence (29th December 1954) and its past of shaky stability during the Vietnam War (1955-75) still makes it a rather young country in contrast to the UK, and for that, may still yet to have found its footing as a global player in international relations. But still, Vietnam’s export revenue of $39 billion from the textiles & garment industry which makes up 16% of its total GDP show that it can be an impressive economic player that provides for large multinational western companies such as those in the UK, which I’m sure is a service that not very many countries could compete with, and many depend upon.

So, in contrast, the two countries differ greatly, and I am looking forward to learning our differences and similarities in greater detail in the future.