Skip to content
Loading...
Latest news
Inclusive education through community building and student empowerment 
“How We Want to Learn!” Radical Student Voices from the Academy in a Crises World CALL FOR ABSTRACTS FOR EDITED VOLUME
Stepping in and Stepping out of my Comfort Zone
Space to Demonstrate our Views and Interests
We are Just Genetic Mixing Machines
Developing Critical Thinking and Communication
We Gave a Great Talk
Interning with DEN: Talk, write, discuss, and voice your opinion.
[BOOK] THE UNPRECEDENTED IMPACTS OF COVID-19 AND GLOBAL RESPONSES
[Magazine] 2021-22 DEN’s Magazine
Academic Papers

As South-East Asia aim to find their feet recovering from a devastating pandemic, the 38th/39th ASEAN summit was an opportunity to set out the regions strive for cooperation, prosperity, and security. This summit had higher expectations given that U.S. President Biden will be present via video link, after former President Trump had missed the previous summit in Bangkok, 2019. It was a chance for Biden to reaffirm his ‘America is Back’ pledge, especially after the disastrous events in Kabul. The White House had to prove its hegemon status by cooperating with an emerging region of the world. Chances for a smooth summit vanished before connecting their webcams after ASEAN had barred Myanmar military officials. A rare but bold move by ASEAN is either trying to please the Americans or signalling a regional shift towards liberal democracy. Despite the fact that only a couple of states are somewhat democratic within the institution. This piece will aim to uncover the influence of Biden’s White House on the decision to cut Myanmar from the summit or whether this is a sign of ASEAN standing up for liberal democracy.

A military coup d’état in Myanmar seemed unlikely given the election in 2020, providing overwhelming support for the NLD party. Aung San Suu Kyi’s party remained in power, continuing her role as a minister, and the country finding their path out of the pandemic and beginning to restart the economy. But an unexpected military coup on 1st February 2021 overthrew the government, put Aung San Suu Kyi in prison and installed a military junta to the shock of domestic and global actors. Since the takeover, mass protests have broken out with the tragic loss of over 1,000 people and hundreds arrested for protesting against the junta. Since the event, states within ASEAN have remained cautious working with Myanmar, not wanting to show support to the regime given the subsequent messages it sends to its citizens and the rest of the world. One state in ASEAN that has remained in solidarity with Myanmar has been Thailand, given Prime Minister Prayut Chan-o-Cha is a general who assumed power in 2014 through a coup d’état. But as mentioned, ASEAN’s position has now been to exclude and encourage peace talks in Myanmar to allow the state to participate at the summit to build a “harmonious and resilient community” (ASEAN Chairman, 2021). A rare position for the institution to take may have been at the expense of US influence for economic funds to drive the ‘Build Back Better’ mantra of the Western states.

ASEAN has a somewhat conflicting political position, with relations with the United States needing South-East Asia to contain a rising China. Chinese authorities use the region as a part of their Belt and Road Initiative for economic gain. With President Trump missing from the last summit, President Biden had to reassert American presence by providing “$102 million in a new initiative to expand the U.S.-ASEAN Strategic Partnership” (White House, 2021). Vital for the pushback against China, the United States must avoid excluding Myanmar too much as they may quickly fall under Chinese influence and reject American financial interventions. Since the junta took power, the US has frozen $1bn worth of assets from entering the country and suspension of trade between the nations until democracy is restored. Given the United States is viewing Myanmar with the utmost caution, it is not surprising for ASEAN to decide to act against the junta. After all, ASEAN remained largely silent when the Royal Thai Army overthrew the elected government of Yingluck Shinawatra. The difference in these scenarios is Thailand is of significant economic worth to ASEAN and holds a historic alliance with the US.

In contrast, Myanmar has struggled for years since independence to create a prosperous economy and build a democratic country. ASEAN had set out conditions for the Myanmar military if they wanted to participate in the summit. To end hostilities, initiate dialogue with the National Unity Government, allow humanitarian assistance, and grant a special envoy into the country. None of these was met, and no representative of Myanmar spoke at the summit. 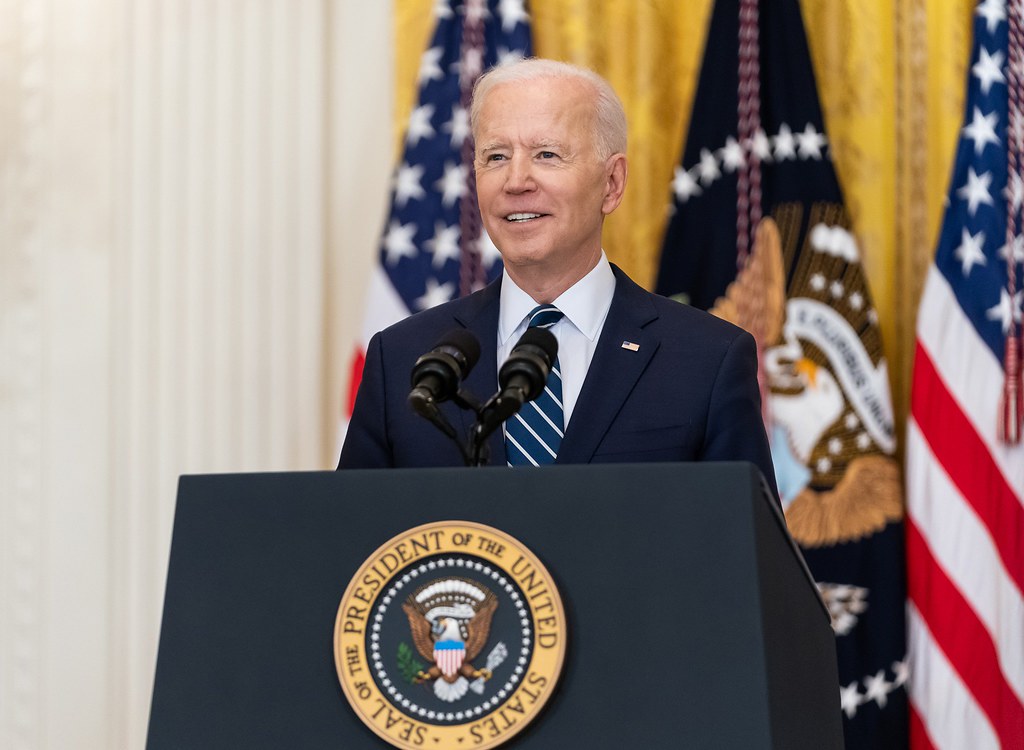 With a summit set to cement the return of America to South-East Asia and encourage growth and unity within the region, the result was a star-spangled mess. Initial optimism may have been the mood after the discussions with states reopening borders for international tourism. A large cash boost from the Americans provides confidence for future relations between these two powers. Especially if America wants to suppress China’s hegemonic rise, but the elephant in the room cannot be ignored; the exclusion of Myanmar was messy, awkward, and embarrassing for the institution. It is clear that American influence is key to the General’s snub, given the economic suspension until democracy is returned. But ASEAN rarely speaks on domestic matters, and even when it does, little changes, their power in the region may not be as strong as interpreted and needs external actors to speak when it cannot find the words themselves.