Skip to content
Loading...
Latest news
My Vietnam Perspective and Experience
Vietnam: A County with 2000 Different Islands and Beautiful Landscape
Vietnam: Dancing Joyously and Celebrating the Win
Vietnam: So Much to Learn
THE BÙI VIỆN EXPERIENCE W/ ONY
Vietnam, Curiosity and Reality
Vietnam: From Perception to Reality
Vietnam: Elegance, Cuisine and Traditional Values
Storytelling of Neighbours During the Covid-19 Pandemic in Vietnam
World Without Boundaries: Working on Ideas and Publishing During Covid-19
Covid-19 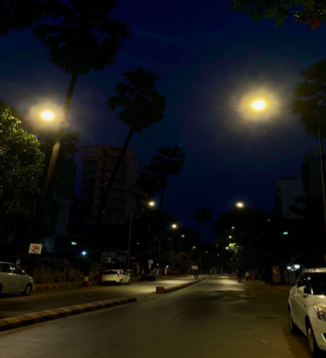 The recent pandemic (Covid-19) has impacted education systems in universities around the world. The impact has been dramatic for institutions, academics, and students looking for workable short term solutions for online teaching and learning. The unique challenge facing higher education encouraged DEN to look for opportunities to stay in contact with students using online facilities. Through the academic initiative, we invited students to meet and organise feasible and appropriate projects at this time. Using Inside Westminster we have agreed that students will write an article and or provide a 5 minutes video of their reflection and experience of Covid-19. We have encouraged students from all over the world to express their stories and share them with each other, hoping that this would provide a channel not only to learn but also to engage with each other. Hence, the following articles in this section are students’ reflections/experiences of Covid-19.

Often, I introspect the situation we all are in and how the world we once knew will never be the same. Though the news of a virus rapidly spreading in Wuhan, China had made headlines all through December 2019, it felt quite far away to ever affect me. It felt distant enough for me to imagine that it would impact me in any manner. However, my world pretty much turned upside down in March this year.

After the completion of my postgraduate degree, I had come back to India to visit my family. The months passed by quickly and even if the political climate has been extremely disappointing, there was still some hope. The one factor that made me hopeful was that I was going to return back to London. The thought of meeting my friends and re-uniting with my fantastic teachers was quite exciting. This mere belief was all that kept me going for a few weeks.

Everything was in place: my tickets were booked, accommodation sorted, and visa stamped on my passport. However, a week before I was meant to travel to London, I had scheduled to go meet my mother in another city. My mom lives in Mumbai and my grandma was also visiting her during that time. It felt like the perfect reunion before I left the country and I was really looking forward to spending time with them.

The flight journey Mumbai was quite far from usual. Everyone was wearing masks and using a sanitizer pretty much every few minutes. I arrived in Mumbai safely and I was very excited to go back to Delhi and board my flight onwards to London. However, barely seventy-two hours post my arrival, I received a message from my airline stating that my flight has been cancelled. I was still hopeful as I hoped that I will manage to book another flight. But then the official announcement was made and domestic flights had been suspended across India. This news was shattering to say the least. Regardless of this news, I still tried to find other ways of somehow going back to board my flight to London. But soon, a nationwide lockdown had officially been announced for a period twenty-one days and all international flights had been cancelled until further notice.

All forms of transport had officially come to a halt. I was blank for a while and I didn’t know what to expect further. I spent days cribbing and simply waiting. Even though the situation was severe, I still thought that this was temporary and I would be able to travel soon. However, as days went by, it became clear that this wasn’t temporary. This virus was here to stay.

The only thing we all looked forward to was the formal announcements by the authorities. Since all three of us were meant to travel, we kept waiting for some positive news. However, we were only met with disappointment as the lockdown kept getting extended and all travel bans remained intact. At one point, my grandma and I even considered hiring a taxi and driving back to Delhi. But that was not a wise option as the journey was over 1400 kilometres and crossing each state required special permission from the respective authorities. Each state has a distinctive set of quarantine rules and restrictions. So yes, definitely not an option.

As days went by, we all seemed to adapt and to be okay with the fact that we need to be patient. Although I don’t watch the news, it is safe to say that I am addicted to Twitter. On April 14, videos started emerging of a large number of migrant workers gathered outside a railway station as the lockdown was meant to end that day. However, as the lockdown was extended, the train services also remained suspended. The workers demanded that they should be allowed to travel back to their hometowns. But within a few minutes barely, the workers stayed put and the police resorted to lathi-charge in order to disperse the crowd. Police officers were beating up workers for asking for their right to go back home. Every day after that, news stories emerged from across the country wherein migrant workers decided to walk hundreds of kilometres in order to reach back home. With each passing day, more news of deaths emerged. In May, sixteen migrants workers were killed by a train while resting on the tracks in Aurangabad. According to Huffington Post, migrant workers have died almost every day since the tragedy in Aurangabad.

Knowing that this was happening all across the country and that people were dying just because they wanted to go home or due to the lack of access to food and other basic amenities, my personal hardships suddenly felt so irrelevant. I had a stronger sense of acknowledgement of my own privileges and how lucky I was to have access to everything I needed to survive. My family and I found solace in the fact that we were together, safe, and that we were still in a massively privileged position to be able to feed ourselves. Never in our lives have the three of us spent so much uninterrupted time together. In spite of the lockdown period being extremely challenging with regard to applying for jobs, the unpredictability of the whole situation, the fact that India now has the third-highest number of cases in the entire world, I have learned so much through the past months. I have a renewed sense of respect for all healthcare workers, municipality workers, security guards, and all those who have kept on working for the sake of others even during a pandemic. Most of us have stayed at home while these people have been on the frontline and selflessly done their job.

I have never been diagnosed with anxiety, but I felt anxious most of the time during the lockdown. I have been away from home since I was fourteen years old and away from India since I was barely eighteen, but I never felt the urge to go home so strongly. Though technology can help us connect with our friends from around the world and access information, for me it was just fuelling my anxiety further. I kept scrolling through my Twitter feed but everything just seemed negative. The deaths, despair, and helplessness just made me feel sad all the time and I kept feeling guilty somehow for being in a relatively well position. But I just couldn’t stop. I wanted to know whatever was happening When I finally acknowledged that my phone was making me constantly anxious, I decided to keep away from my phone and it actually helped me. It helped me focus on the positivity around me and to be grateful for what I have.

I had initially planned my trip for four days. I ended up going back home to Delhi after four months. My friends and I often laugh over this as I have never stayed in Mumbai for such a long period as long as I can remember. The newly imposed formalities were extremely daunting and made me suddenly doubt if I could travel at all. I have travelled by myself every single time since moving to London, but I didn’t know how I would manage this time. Even merely a few hours before my flight, I was questioning my decision altogether. This was primarily because of the fear of not just getting infected personally, but also becoming a carrier and spreading it to other people, especially my father.

The international airport in Mumbai was completely deserted and protocol had to be strictly followed right from entering the airport to boarding my flight. The main bit was the distribution of Personal Protective Equipment kits and thermal scanning. The whole duration of the flight was just silence. Nobody spoke for a duration of two hours. Although this whole procedure was very scary, the one positive factor to highlight is that I have never witnessed such kindness or solidarity among people. Each person was checking on one another or simply helping out with navigating through the airport. Or the mere beautiful gesture of smiling behind their face masks at one another. This was so positive and heartening.

After finally arriving back home after months of being stranded away, the first thing I did was sanitize my luggage. It broke my heart that I couldn’t hug my father or play with my dog. Abiding by the state government’s rules, I chose to self- isolate upon my arrival and I was home-quarantined for two weeks. Luckily, I didn’t have to go through institutional quarantine because that would have been a different experience altogether.

Despite the fact that the past few months have probably been the harshest and most challenging months of my entire life, I can’t be grateful enough. Out of all the things I have learned during this catastrophe, the most important bit is patience. I can’t be thankful enough for all that I have and for the fact that I still had a place to call home and that my family members were safe and I managed to spend so much time with them. My heart goes out to all those who lost a great deal during this pandemic and yet have resisted and not given up. Their resilience is inspiring and I can only hope that the situations improve for everyone in India and all around the world.

My Vietnam Perspective and Experience

Vietnam: From Perception to Reality