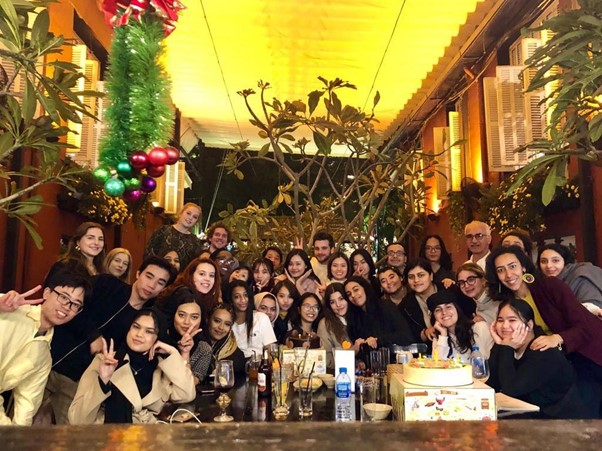 My name is Natali, I am a Colombian international student at the University of Westminster. These 3 years of experience have been incredible especially the opportunity I was given to go and learn in Vietnam!

Before going to Vietnam, I expected Vietnam to be super strict and organised like Japan or at least have some traits in common. I learned that Vietnam’s history is that of strength, resilience, and triumph, capable of overcoming struggles of poverty and disasters achieving greater development. My expectations were low in comparison to what I found. I was hoping to find strictness and cleanliness in the streets and to have organised social norms but instead I found something so much purer. I found gentle and happy people who I would compare them to my own Colombian society. Not only the students were so friendly and nice but also very helpful and with such an aim of making friends rather than taking care of us as a job. Such a pure kind-hearted society which is able to be open to difference and appreciate diversity. Even learning at the Vietnamese UN quarters was amazing.

Everything was such a powerful experience. The society and streets were always busy in a rush but people in shops were gentle and kind at the same time. Joking with foreigners and being to some extent opened to diversity. This is what I like about Hanoi, such a vibrant and happy city despite its struggles with pollution. I was expecting an organised society and with respect to its social norms, I was right. Organised and always striving for the better. Learning about its history of development really shocked me. Such a powerful struggle that they were able to overcome is such an inspiring story. Being able to witness and learn about Vietnam’s Museum and its richness in history was such a blessing. My first impression of Vietnam was that of a vibrant city that became polluted by its massive use of transportation like taxis and motorcycles.

When we went to HaLong Bay and the small village close to the city, it totally changed my perception. The countryside was so beautiful it seemed surreal. I was floating in a dream. Such a peaceful and beautiful scene with assertive and energetic individuals made me realise how sometimes we need to go out of the box and experience life from another point of view. My Vietnamese friends are kind and energetic, always willing to help us and take care of us by joining us in exploring the city. Students that shared knowledge with us became really close friends and were always open to teach us about their lives. ‘Learning in an international environment’ was the best module of my entire career, not only was I able to learn about Vietnam’s development but also about its people, its culture and so many beautiful experiences that I was able to create by sharing with Vietnamese students. All these memories have been so precious to me and I will always carry them in my heart. 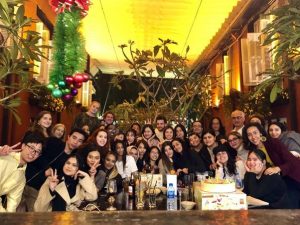