Skip to content
Loading...
Latest news
Participating in the virtual field trip to Vietnam as a Human Nutrition student
Triumphant Curtain-Call For DEN’s Virtual Field Trip To Vietnam
Embrace, Connect and Share Multiculturalism at Westminster
Global Governance During Unprecedented Global Challenges
INTERNATIONAL WOMEN’S DAY: THE RADICAL CHALLENGE ECHOING IN A GREENER TOMORROW
Solving seemingly unsolvable problems
The aftermath of COVID-19 and its impact on earth
End of Europe at Europe’s end? The Russo-Ukrainian conflict at a glance.
A stepping stone to articulate my political ideas
Yes, to any new experience as long as you are safe
DENUncategorized 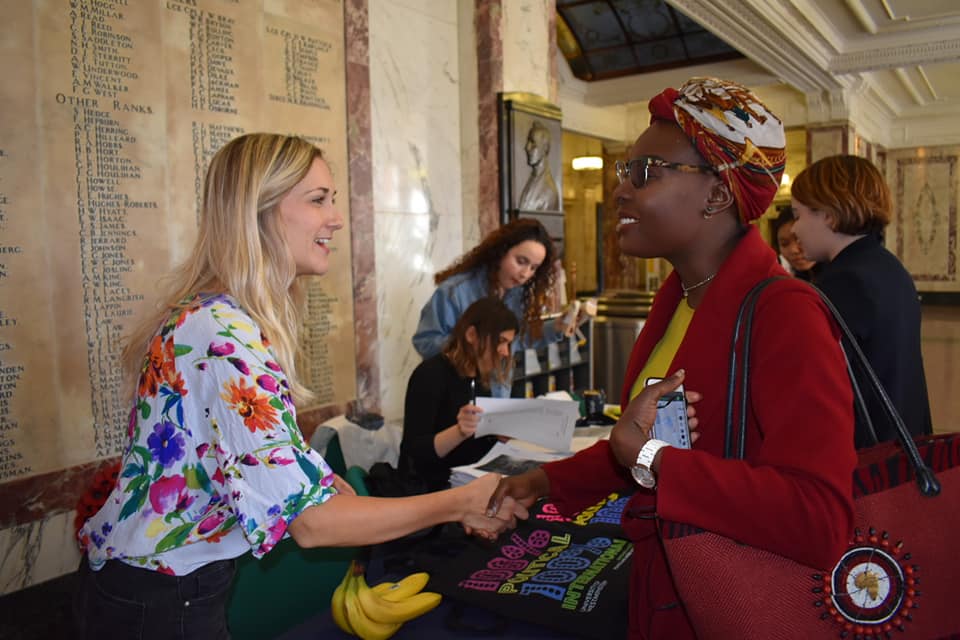 Democratic Education Network (DEN) hosted their second international student conference on 11th and 12th May called Global Crisis: Local Voices. The Democratic Education Network is an academic student-led organization of the Department of Politics and International (DPIR). The conference like last year was a two-day long affair packed with stimulating panels, a theatre production and two documentary screenings (Produced by Westminster students). The conference was entirely hosted and organized by student part of DEN and DPIR and the panelists were students as well. The conference had students flying in from various countries including Uzbekistan from Westminster International University in Tashkent and students from universities around U.K. The conference offered a wide range of different ideas and topics all surrounding the theme of global crisis-local voices. 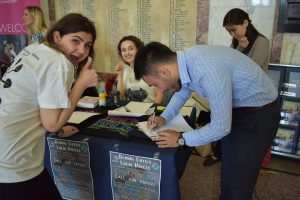 The conference involved a varying range of panels encouraging many intellectually stimulating panels from Globalization, Migration, Gender to Media, Democracy-Populism, Middle-East politics and many more. Some of the other interesting bits included the theatre production called “Hands Up” entirely run by the students presenting some phenomenal performances neighboring the theme of Black History Month. The first day of the conference had a documentary screening in the evening called “Behind the Scarf” focused around the theme of gender, Islamophobia, deconstructing the myth that Muslim women are submissive.  The concluding ceremony of the conference too had a short documentary presented by a student Julia Jana Lemcke sharing her volunteering journey in Jordon as a part of the volunteering programme of the university. Something special about both the documentaries was that they both were not only made entirely by students but were also a part of a wider DEN project called Words Heal the World, one of the many student projects run by DEN. Another special element of the conference was that this year DEN presented their own published book that was a combination of papers from last year’s conference. This book was a part of another student-led project of DEN which included them planning the whole venture leading to a publishing book from last year’s paper submissions. 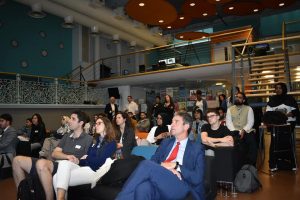 The conference also attended by our Vice-Chancellor Dr. Peter Bonfield who encouraged students and shared his vision for the university with them. The conference was supported by Dr. Farhang Morady, Dr. Dibyesh Anand, Dr. Thomas Moore and other staff members of DPIR. The conference was covered by the online magazine of DEN called Inside Westminster. Over the period of two years, DEN has presented some path-breaking student projects ranging from theatre production to online magazine, publishing a book and magazine and many more. DEN has hugely been supported by Quintin Hogg Trust who have played a crucial role in the development of the students who are part of DEN. You can find out more activities of DEN from- https://www.denwestminster.net/.

For more pictures and videos see our Facebook page.