Skip to content
Loading...
Latest news
Participating in the virtual field trip to Vietnam as a Human Nutrition student
Triumphant Curtain-Call For DEN’s Virtual Field Trip To Vietnam
Embrace, Connect and Share Multiculturalism at Westminster
Global Governance During Unprecedented Global Challenges
INTERNATIONAL WOMEN’S DAY: THE RADICAL CHALLENGE ECHOING IN A GREENER TOMORROW
Solving seemingly unsolvable problems
The aftermath of COVID-19 and its impact on earth
End of Europe at Europe’s end? The Russo-Ukrainian conflict at a glance.
A stepping stone to articulate my political ideas
Yes, to any new experience as long as you are safe
Global 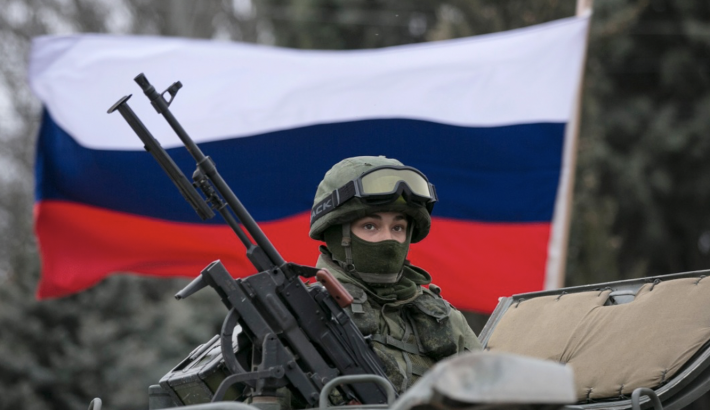 Despite the seemingly never-ending turmoil of the Covid-19 pandemic, another crisis, less conspicuous to the eye perhaps, is looming at the edge of Europe, likely to break out in a full-scale war any time soon. Or is it?

Indeed, as the Russo-Ukrainian conflict marks its 8th consecutive year, many speculate if Putin’s latest moves are finally putting an end to it all. Following the atrocious events of the 2014 Crimean crisis, Russian Federation (Russia) annexed the Crimean Peninsula. Later, Russia seized control of the Donbas region, both being part of the Republic of Ukraine; many years have gone by in the trenches, as either country cannot seem to take the high ground in this prolonged and costly war.

In 2021 tensions rose again, as Russia seems to have moved in a direction to finally fulfil Putin’s imperialist ambitions and Ukraine is utilising every one of its remaining instruments to seek international military aid and support from western allies for perhaps its most challenging battle to come.

Taking a look back

The 2014 riots ignited major sparks of change in Ukraine. When Ukraine’s then-president Viktor Yanukovych terminated the process of an EU association agreement in favour of closer relations with Russia, nationwide outrage inspired protests in manifold regions of the country, inevitably culminating in the Euromaidan movement and the Orange Revolution. Concurrently, said protests produced quite some backlash in the predominantly Russian-speaking eastern regions of the country, including Crimea and Donbas. After a while, Ukraine’s government succumbed to public demands and was forced to resign. Amid the political crisis, Russia saw an opportunity and its armed forces swiftly took over Crimea, a rural yet strategically important peninsula in southern Ukraine by the Black Sea.

The Crimean referendum on declaring independence from Ukraine and joining the Russian Federation followed shortly after. According to official data from the authorities, 83% of the voting population and 97% of the electorate supported the proposal. Although the legitimacy of the referendum has been widely contested and undeniable evidence of voter influence, counterfeiting and other significant irregularities has been uncovered, with the decision of the Federal Council and the signature of Vladimir Putin, Crimea “officially” became a part of Russia on March 24, 2014.

After the complete annexation of Crimea, military manoeuvres also escalated in several areas of eastern Ukraine, where pro-Kremlin protests had long been taking place. The largest activity of the separatist movements took place in the regions of Donetsk and Luhansk. Although there was no official support from the Kremlin for these forces, the quality and quantity of weapons indicated large-scale reinforcement from the Russian army, also evidenced by claims of artillery strikes that have come from positions on Russian territory. Igor Girkin, one of the prominent separatist movement leaders, is a veteran of the Russian army and the GRU.

Paramilitary forces have since declared the independence of the Republics of Luhansk and Donetsk in the Donbas region and founded governments of puppets that, just like Crimea, held referendums for separation from Ukraine. The flood of armed clashes soon increased in numerous other areas of eastern Ukraine, where the Ukrainian government and the rebel forces are fighting to this day.

What is the escalation now?

In early December 2021, US intelligence officials determined that Russia was planning to deploy 175,000 troops near Ukraine’s border in preparation for a possible invasion that they believed could begin in early 2022. Whilst at first treated as a large-scale military exercise similar to ones that were done in the past years, this time the abundance of intelligence quickly painted a different story about the nature of this buildup. Mobile morgues, supply companies and tens of mechanised battalions all seemed to be amassed with the single purpose of a full-scale invasion into Ukraine.

Even though Moscow denied claims of any unusual buildups, satellite footage showed that there were Russian military positions created along most of the border with Ukraine. With the tensions escalating, Russian President Vladimir Putin sent a diplomatic statement to NATO, which demanded that Ukraine should never be allowed ascension into the western alliance and set the requirement that NATO pulls out of all post-soviet nations, many of which are members of the alliance. The US quickly responded that the Kremlin knows that some parts of its proposals were “unacceptable” whilst NATO Secretary General Jans Stoltenberg ruled out any agreements denying Ukraine the right to enter the military alliance.

After these initial responses, diplomats from both sides engaged in many negotiations, most of which have fallen through entirely. Both sides seem unwilling to budge on their core demands and with constantly increasing numbers of Russian troops entering the region, time seems to be running out.

Why is it different this time?

Senior fellow at the Center for European Policy Analysis Olga Lautman has stated that by issuing such abrasive demands, Putin has backed himself into a corner in the sense that with escalating tensions, the possibility of backing off from conflict is getting increasingly smaller. This creates the fear that soon Putin will have no other choice than to do some sort of military action just to save face, which could irreversibly deteriorate the already weak relations he has with the West.

In early 2022, Russia mobilised its Western military district to not only the Russian-Ukrainian border but also the neighbouring Republic of Belarus (Belarus), which has taken a strong pro-Russia position on the conflict and has warned its neighbouring NATO countries of the possibility of open warfare.

With the negotiations constantly falling through, all this has created a situation where war is seemingly unavoidable without either side “biting the bullet” and caving in to the proposed demands by the opposing side.

The recent crisis is deeply set in the geopolitical history between the two states in the past decade, to analysts who have paid attention to the conflict for a while such an escalation is nothing unexpected.

As of the writing of this blog, there still has not been any breakthrough in the negotiations, but President of the French Republic (France) Emmanuel Macron has met with his Russian counterpart and stated that a possible agreement to avoid war is within reach. While it is still impossible to determine whether or not a conflict will happen, it is important to consider whether Russia can actually waging such a war. Russia’s economy is not as strong as portrayed, and war is very expensive. If they invade and the West punishes them with the strongest sanctions as of yet, they just might not be able to sustain a protracted conflict.

Some analysts such as Serhii Plokhy and Jonathan Masters have argued that this is the most intense time since the Cold War, but whether or not such claims are true, one thing is certain, the future of the people of Ukraine remains unclear.