Skip to content
Loading...
Latest news
Participating in the virtual field trip to Vietnam as a Human Nutrition student
Triumphant Curtain-Call For DEN’s Virtual Field Trip To Vietnam
Embrace, Connect and Share Multiculturalism at Westminster
Global Governance During Unprecedented Global Challenges
INTERNATIONAL WOMEN’S DAY: THE RADICAL CHALLENGE ECHOING IN A GREENER TOMORROW
Solving seemingly unsolvable problems
The aftermath of COVID-19 and its impact on earth
End of Europe at Europe’s end? The Russo-Ukrainian conflict at a glance.
A stepping stone to articulate my political ideas
Yes, to any new experience as long as you are safe
DEN 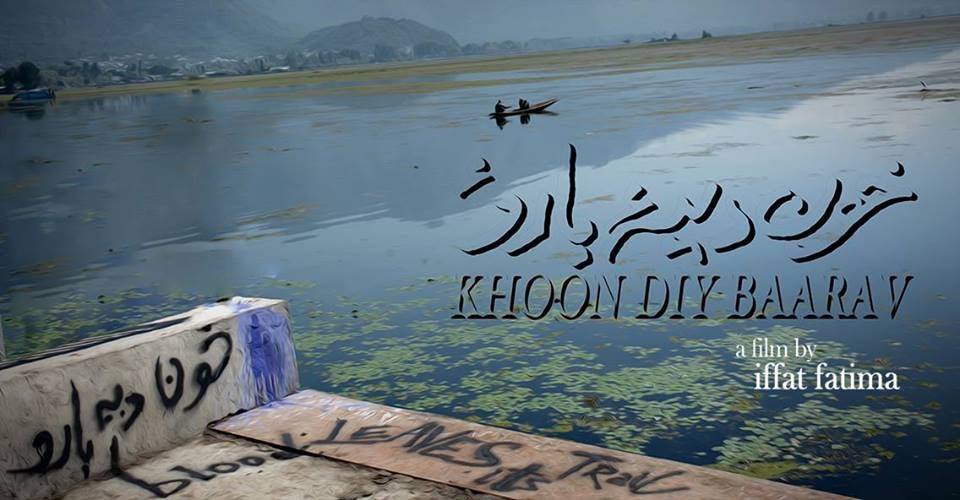 Blood leaves its trail; a documentary that presents the struggle and hardships of the Kashmiris in dealing with the Indian state’s cruelty and heartlessness. Neither I nor any pen can do justice in describing the whole documentary or, more importantly, the struggle of Kashmiris in a small written piece. However, since scenes from the documentary mark the stark contrast to the reality of our world, something must be said, even if it is very little, about such a well-represented work on such horrible events and incidents.

Kashmir, a land of paradise or a forgotten place or perhaps the hunting and testing lab of the Indian state? The natural beauty of Kashmir is undoubtedly unquestionable and so is the destruction of that beautiful place at the hands of Indian Army and other security forces.

“Blood leaves its trail”. On what? For what? On land or our hearts? Perhaps leaving its trails is a sign to question our humanity. The documentary overtly challenges the humanity of the Indian security forces, but it questions our dignity as well. Some scenes remind us, warn us, and above all inspire us. By us, I mean the conscious world, not me though, not my conscience because to be inspired, to be reminded and to be warned needs consciousness. After watching this documentary, I can hardly claim to be a conscious person. My ignorance regarding the struggle of my brothers and sisters on my doorsteps speaks loud enough to rethink about my consciousness.

A scene depicts Army choppers flying high in Kashmiri skies, but the spirit and desire for Azadi (freedom) are higher than the helicopters or fighting jets. While Kashmiris celebrate their festivals/weddings, it seems like a desperate attempt to forget their tragedies, but the written words “We want freedom” on the wall tells us Azadi is not forgotten even as they try to cover their sorrows. Music and conversations are overtaken by the sounds of guns and bombs, but the woman ignores it by saying it happens every day, but perhaps she means “I am not going to give up, forget or be terrorised.” Does it not signify her power over a state which spends billions to silence or terrorise her? Then a lonely man singing while sailing in a small boat in the middle of the lake, portraying the reality of Kashmir saying even though I am small, and my screams and scars are ignored, but I will be free to travel and roam the world, my voice echoing for freedom long after I’ve passed.

The smiling faces of the women send one clear message that the enforced disappearances of their family members has not despaired the Kashmiri mothers, sisters and daughters fom Azadi, from resistance and from the hope of a better and free Kashmir in the future. The dead were buried in unmarked graves, but their legacy for freedom will live and be remembered for a long time, while our arrogance and ignorance will be buried and forgotten soon.

Reading so far, scratching your head and you might be thinking what this article is about? Maybe it is a request in the humblest possible way to watch the documentary so that you can overcome the ambiguity and vagueness of this article, or perhaps it asks you to watch and be aware of what is happening in Kashmir.

The documentary ended with a scene of dark clouds covering the skies of Kashmir. Certainly, saying the dark days of Kashmir has not ended. However, the last words of the woman, singing “… Yusuf come back…” is a message of hope reminding us of the story about the reunion of Yaqoob/Jacob (PBUH) and his beloved son Yusuf (PBUH) after decades of separation. May we all witness the reunion of Kashmiris with their beloved Yusufs and the Azadi of Kashmir.