Skip to content
Loading...
Latest news
My Experience of Living and Studying During Covid-19
Authoritarian governments and COVID-19
7 things I have learnt during my time in lockdwon
Being far from home during the pandemic
My Education Journey from Tbilisi to London During Coronavirus
Let Lockdown and curfews be a lesson into the lives of Palestinians
Covid-19: A game changer in the US election
What is black history month and why does it matter?
Romania, Covid-19 and the post-Westminster “Good Life”.
What is Black History Month?
GlobalUncategorized 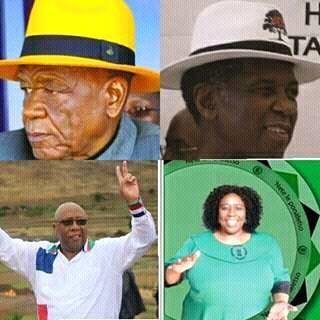 On January 21, 2017 Mr Machesetsa Mofomobe was rested by the police in  Lesotho’s capital, Maseru. Mofomobe is the outspoken Publicity Secretary of the Basotho National Party (BNP) which is one of the opposition parties in Lesotho. The detention is purported to be in connection with the botched opposition march that called for the opening of Parliament in Lesotho to enable a vote of no confidence in the current minority coalition government. Cheese, as Mofomobe is popularly known is also being questioned about a recent incident at one of the local media offices where unidentified men who were later discovered as members of the Military Intelligence (MI) tried to kidnap or arrest (as the assailants put it) him. The arresting officers are one as Tjamela and Sehloho who have both gone AWOL since the arrest.

In his role as the Publicity Secretary of BNP, Mofomobe has vehemently ridiculed the current regime’s hold on to power even though it lacks a majority in parliament. The regime led by Dr Pakalitha Mosisili lost its claim to govern when the then Deputy Leader of Mosisili’s Democratic Congress (DC) Monayne Moleleki withdrew the DC from the Coalition of 7 political parties and formed a new one with the opposition parties. DC conference annulled Moleleki’s pact and suspended him with other DC members. Moleleki has since formed a new political party, Alliance of Democrats (AD) together with other members of parliament. In essence, the representation of Parliament following Moleleki’s defection is as follows:

In 2015, the government enjoyed the majority of 65 seats. It now has a confirmed 54 number of seats with the defection of 13 MPs from DC and two from newly formed TRU. However, 9 DC PR members are not going to vote with Government. That gives the government 45 votes. If the court case of BNP favours those expelled from the party, the government shall have 47 votes.

As for the opposition, it had 55 seats in 2015 and now in 2017 has a majority of 66 seats. In the case of a vote, it shall have 75 votes. If BNP wins the court case, it shall still have 75 votes as Mofomobe, and Mrs Mapulumo Hlao shall be sworn in as MPs. In the case that BNP loses the case opposition shall have 73 seats. It is worth noting that the PR representatives cannot cross the floor but can vote with the desired faction hence the following scenario. The Speaker of Parliament Hon. Ntlhoi Motsamai has also unceremoniously written a letter to 11 opposition MPs in her contemplated dismissal to the MPs (a privilege she does not enjoy). Assuming she bars those MPs from Parliament, Opposition shall enjoy a majority of 64 votes.

Having explained the predicament that the government faces, it is believed that the government has embarked on an orchestrated mission that would cause anarchy to call a state of emergence hence the continued closure of Parliament. This has been indicated by the arrest and release of Cheese from 2016 and this year. There have also been continues threats to high-profile opposition politicians. Incidentally the Minister of Defence and LCD deputy leader Hon. Tseliso Mokhosi has accused Cheese and one Makhaola Qalo (a Facebook character) of killing his swine of pigs earlier this year. Mokhosi’s assertion has been observed as a bizarre attribute and unbecoming of a person of his stature. The threat to arrest the then DC youth league members who spoke against the controversial fleet management deal which it is believed South African Deputy President Cyril Ramaphosa’s company Bidvest was awarded the tender in fraudulent and corrupt manner. AD youth league leader Thus Litjobo has been arrested and released in connection with a march calling for the opening of parliament as well. Another AD member was abducted and tortured a fortnight ago.

While these intimidations continue, leaders of opposition parties namely Hon. Thomas Motsoahae Thabane (MP), Chief Thesele Maseribane (MP) and Hon Keketso Rants’o (MP) of ABC, BNP and RCL respectively are expected to return to Lesotho from exile in South Africa. These leaders have since fled the country in the security crisis that took place from May 2015 and led to the death of Lieutenant General Maaparankoe Mahao of Lesotho Defence Force (LDF). The security impasse led to an SADC inquiry whose recommendations have been minimally implemented. In exile are some members of the LDF and some sectors of civil society. Also detained since then are some members of the LDF.

It is reported that Mofomobe who was detained for more than nine hours without food, water and medicine has since been released through a court order.  Scores of Basotho have been at a vigil in both the detention and court premises. Meanwhile, Parliament is expected to be opened on the 24th February 2017.