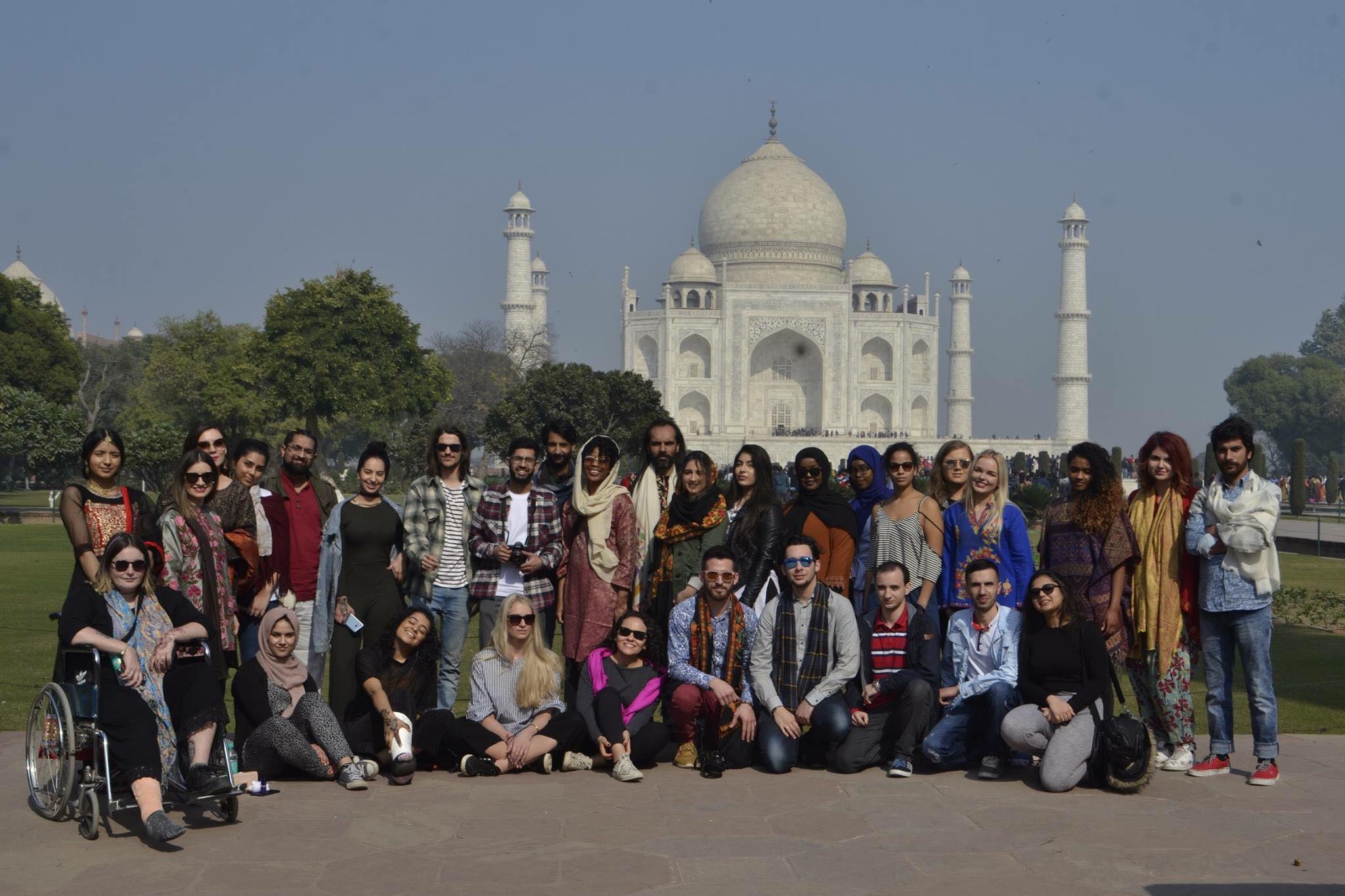 Reflections on the trip to Delhi, India through the eyes of a student who had never visited a country outside the European continent before…

Due to various reasons, the trip to Delhi can be labeled as the ‘trip of my life’. Firstly, I had never visited the Asian continent before, so it was a new experience and an environment completely new to me. There are various reasons why this trip was memorable for me.

Firstly, the University and department have always been supportive to all students regardless of their background and helped them deal with any economic issues. Hence, the trip was essentially a gift to all of us- a deposit of £150 is all that we were required to pay. We were even provided with a refund of our visa fees. The flights tickets, accommodation and often, even food and beverages were paid for by the university or by the academic staff members who were accompanying us. If this was the first trip I participated since I am a student in London, it means I could not participate in other trips because of the higher costs the students were supposed to deal with. I believe that a University that looks after those who have less economic autonomy, is a university that put into practices those principles that we are taught about since our first year as the principle of equality and the right for education regardless of income. On a practical note, we have all to be grateful to the DPIR and its staff, without them we would not have been able to get this exciting experience.

Coming to the trip itself, I believe it was one of those experiences that you never forget in your life, especially if you come from a European Background, where poverty, social and wealth inequalities are still minor if compared to what people are facing in countries like India. If I had to describe India in one word, I would say Contradiction, because India is all about that, extreme beauty on one hand, and extreme suffering on the other. What kind of ‘shocked me’ the first day we arrived (or what really opened my eyes) was the number of people and families I was seeing living in the streets, or in fictitious buildings, and their condition. At first, I did not expect to see so many people living in a condition of impoverishment and hungriness. I was not ready to be surrounded by kids begging me for food. Often, we study the consequences of marketization, Neoliberal policies, colonization and the effect of the constant economic war that we live in. Less often, we can see the effects of those actions in practice.

The trip to India helped me a lot in understanding how the colonial legacy has affected deeply the colonized country and their people, and in this case how the British have justified colonization in the name of a Eurocentric superiority that they attributed to western ‘liberal’ societies. The trip, made me think more about overpopulation and hungriness, in a country that alternate extreme poverty and extreme richness (as some temples and locals that we went to). The trip also made me think a lot about what a system based on caste is, where you can be in one caste, or in a completely different one, just depending on the family you are born into. Or also, the way in which the widespread corruption undermines any possibility of enforcing parliamentary laws, or how environmental unsustainability is difficult to reverse when you do not have control on the effects of your policies.

On the other hand, this trip was a trip of a lifetime as it taught many of us the meaning of living in such harsh conditions and still smile while being surrounded by friends and family. Or while eating food from the street, It taught us how much we tend to be selfish and how we complain about small things as if they were the end of the world, and tend to be ignorant and not question an economic system where the core states exploit the periphery states, where the stronger exploit the weakest, where the richest get richer and the poorest get impoverished.

Overall, this was a great gift. I will never forget India (for what I had the time to see), its people, its food, its culture, its contradictions. The Indian culture is an amalgamation of personal and collective struggles, fight, resistance. Indian’s languages, religions, dance, architecture, music, and habits are different depending on the place you are and on the social class you are dealing with. India is one of the most ethnically and religiously diverse countries in the world, how can you not enjoy a world that is so different, so new and so changing?